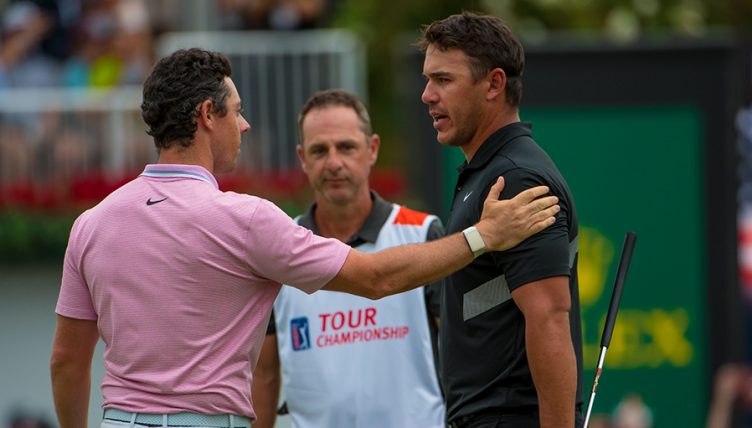 World number one Brooks Koepka admitted that he simply couldn’t compete with Rory McIlroy at the Fedex Cup, adding that the Northern Irishman is in supremely impressive form right now.

From there he had a brilliant vantage point as McIlroy dominated, eventually powering to a four-stroke win to become just the second player in history wo win multiple FedEx Cups.

“He played great golf today, pretty much mistake-free. He was impressive to watch. He put it in the fairway a lot, hit a lot of green.

“Even his short game, the up-and-down he made on 11, that was pretty tasty right there. Then the way he finished it off right there was very impressive, and hats off to him.

“His game is in great form right now. It’s really impressive to watch.

“Like I’ve said multiple times, he’s the most fun to watch when he’s playing well. He hits it so good, he putts it really well, and when he’s on, man, he’s tough to beat.”

Despite the disappointment in Atlanta, Koepka says he is happy with his season, adding that he has added consistency to his game.

McIlroy, though, was just too good for him.

“I felt like every time I needed to, I played well. This week, just didn’t get it done.

“I don’t think I was going to beat Rory today, even if I had it, but pleased with the season overall.”