WATCH: Tiger Woods hit in the head with microphone on TV after record-breaking round 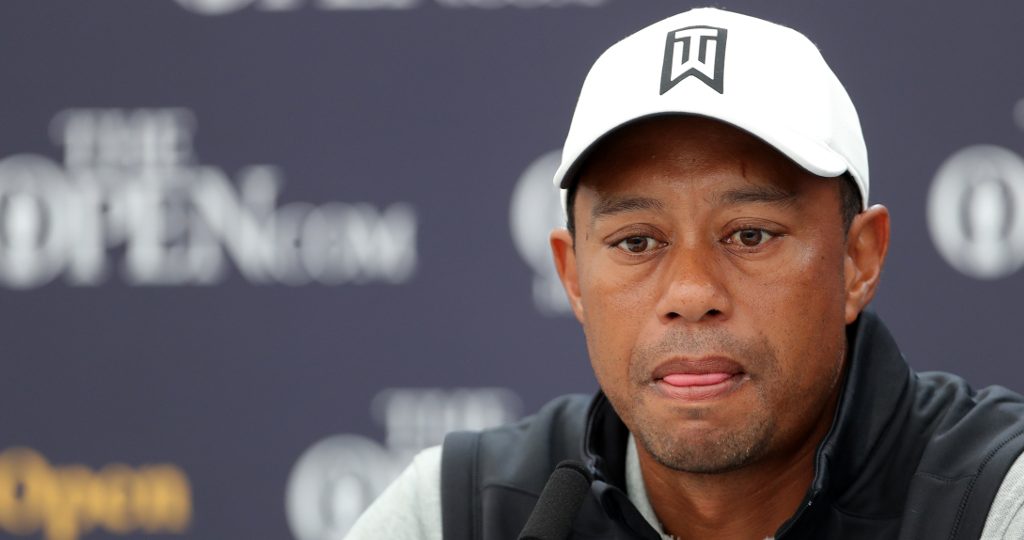 Tiger Woods got unusual reward after he hit a career-low season-opening round at the Zozo Championship on Thursday.

The regining Masters Champion recovered from a dreadful start of three successive bogeys to reel off nine birdies in a brilliant round of 64 in Japan.

And what did he get for it? Whacked in the head with a microphone!

“I certainly was not expecting to shoot six under par after that start.

“That was a very ugly start. It flipped and I got hot and made a bunch of putts.

Woods is in a share of the lead with US Open champion Gary Woodland on six under and home favourite Hideki Matsuyama a shot off following a 65.

There will be no play on Friday due to heavy rain, though, with the plan to start the second round on Saturday morning between 6.30am and 8.30am local time.

Speaking after Thursday’s opening round, Woods told the PGA Tour’s official website: “It’s going to be sloppy and tough for us.

“It’s going to be a grind on the weekend. Hopefully I can keep it going.”