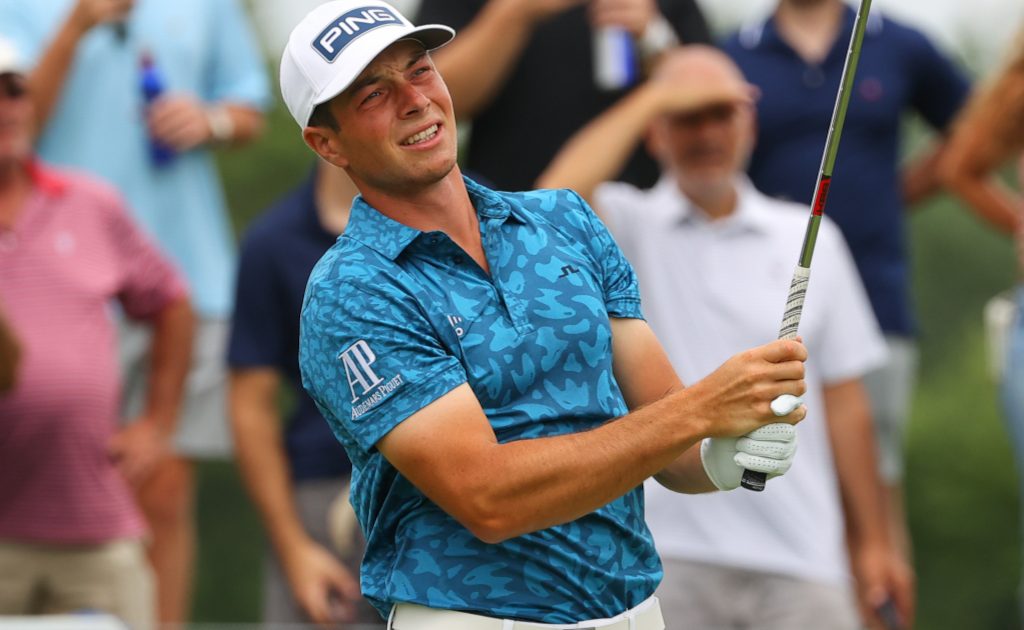 Viktor Hovland was able to breathe a sigh of relief after being reunited with his golf clubs six days after losing them in transit.

Hovland decided to make the trip to Hawaii for this week’s Sentry Tournament of Champions a bit earlier than usual, arriving in Maui a week ago from Norway.

As it turned out, his clubs would only end up joining him six days later.

“Obviously, the preparations haven’t been ideal,” Hovland said Wednesday after finally getting his clubs back in his possession.

Hovland said he left Oslo on December 29 and landed in Seattle after a layover in Paris, which is where the problems started.

“My duffel bag and my mom’s duffel bag was there, but we waited 30 minutes for my golf bag and it didn’t show up,” Hovland said. “They said they sent it through Salt Lake City, apparently.”

Because of the ensuing search, he missed his connecting flight to Maui and had to switch to another airline. When he finally arrived in Maui, he had been traveling for more than 24 hours – and now his other luggage had gone missing as well.

While that would turn up just one day later, the clubs proved a lot trickier to retrieve.

“It seemed the golf bag was just somehow sitting in Seattle for five straight days,” Hovland said. “I was concerned they lost it initially. And then after a couple of days, they said they physically had it. That got me more frustrated. If you can see the bag, it shouldn’t be that hard to put it on the flight.”

Hovland was forced to use another set of clubs to practice while he waited for his set to turn up.

“It wasn’t ideal, but at least when you haven’t hit balls, the main thing is to just kind of get a feel for it.”

Thankfully, the story has a happy ending, and Hovland will be able to take to the course at Kapalua on Thursday with his own set of clubs in hand.

The in-form World No 7 will be chasing a third straight victory following back-to-back wins in his last two starts in Mexico (World Wide Technology Championship at Mayakoba) and the Bahamas (Hero World Challenge) towards the tail end of last year.