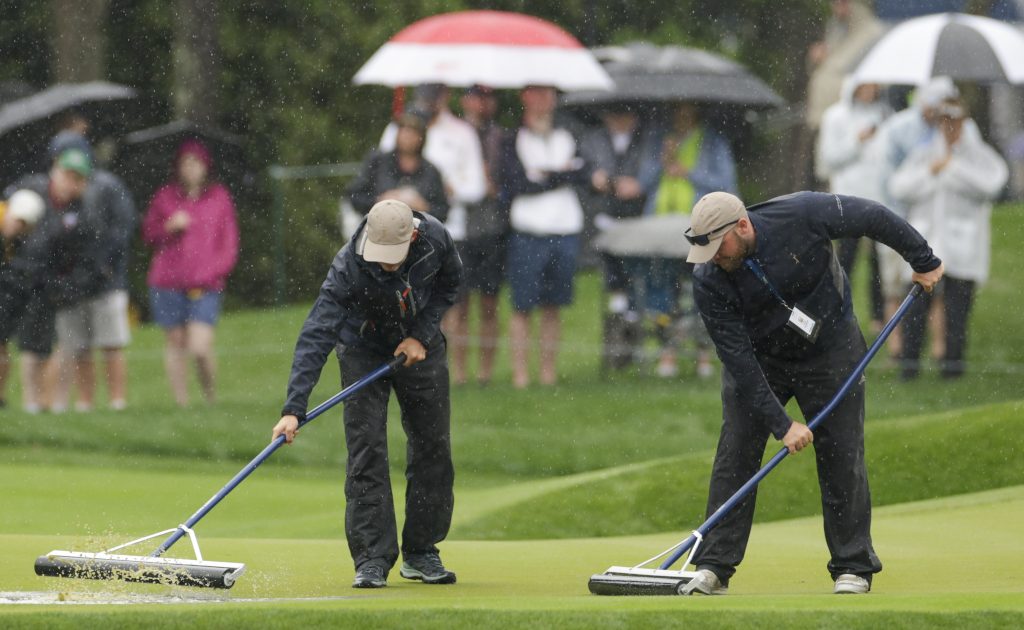 Golf’s richest event is set to be extended into a fifth, and possibly even sixth, day after the GBP 15.2million Players Championship suffered further disruption due to bad weather.

More than half the field were unable to complete their opening 18 holes on Thursday after delays totalling more than five hours.

Play resumed at 0715 local time at Sawgrass and continued for four hours before consistent rainfall forced officials to call a halt due to “unplayable course conditions”.

Tournament chief referee Gary Young said the course had received around two-and-a-half inches of rain in the past 24 hours and that a Monday finish was effectively certain if no further play was possible on Friday.

Asked if the tournament could even be forced to extend into Tuesday, Young added: “The potential is there. The potential, but let’s hope not.

“I think everything that we’re looking at, we feel very confident that we can finish this tournament by Monday.”

Winds gusting up to 60 miles per hour are also forecast for Saturday and Young added: “We’re going to make some adjustments to prepare for that overnight.

“The superintendent and his crew are going to need proper time to pick up debris, get the golf course back in condition. So there’s a lot of variables involved.

“I’m talking a little bit about scenarios down the road, but I want to be careful about too many expectations. I would say, if we don’t play any more golf today, we all know that we’ll be here on Monday.”

Tommy Fleetwood and Tom Hoge, who shot 66 on Thursday, remained tied for the lead, with Brice Garnett also reaching six under after 13 holes.

England’s Paul Casey was just four shots off the lead after a remarkable 70 which included a triple-bogey seven on his opening hole, the 10th, on Thursday, and ended with three straight birdies among five in his last eight holes.

Rory McIlroy had started bogey, birdie before play was suspended due to darkness on Thursday evening and picked up shots on the third and fourth to reach two under par when play resumed.

However, the 2019 champion then bogeyed the sixth, 10th and 14th to drop back to one over and was in the fairway on the par-five 16th when play was halted.