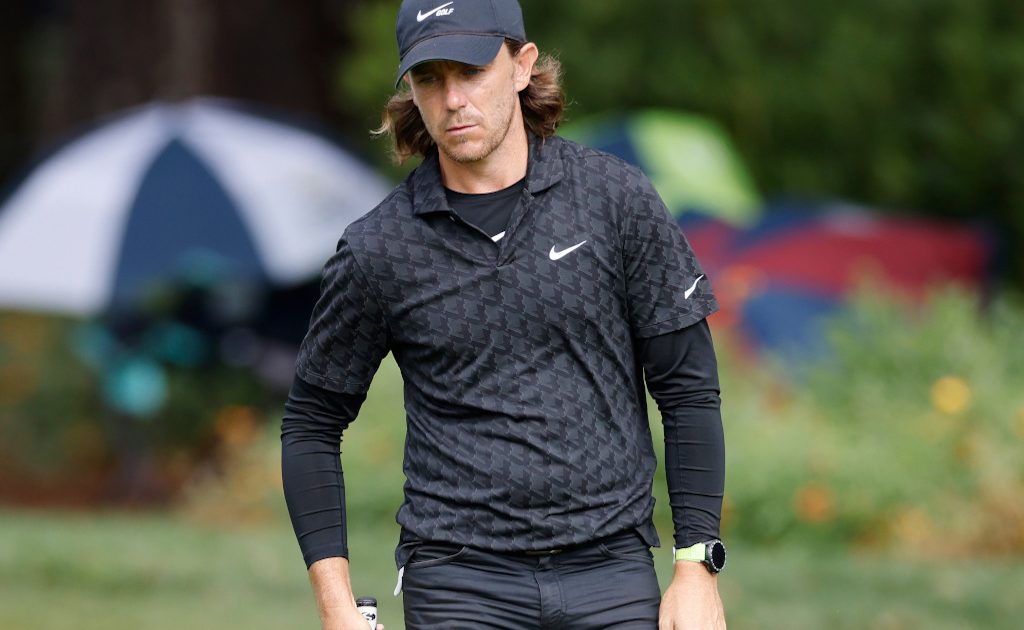 Tommy Fleetwood shrugged off a lengthy weather delay to make a brilliant start to his bid to become the first Englishman to win The Players Championship.

Fleetwood carded seven birdies and a solitary bogey in an opening six-under-par 66 on a disjointed day at Sawgrass, where the start of play was delayed by an hour due to overnight rain and thunderstorms in the area.

When play did get under way, Fleetwood started on the back nine and picked up shots on the 11th and 16th, both par fives, before chipping in for another birdie on the 18th.

Fleetwood, who is without a win since 2019 and has slipped to 49th in the world rankings, also birdied the first and was facing a birdie putt from nine feet on the par-five second when play was suspended due to dangerous weather in the area at 11am local time.

It eventually resumed following a delay of four hours and 15 minutes but Fleetwood simply carried on where he left off, holing the birdie attempt and picking up another shot on the fifth.

A wayward tee shot on the next led to his only dropped shot of the day and the former Ryder Cup star bounced back with a birdie on the eighth to set the early clubhouse target.

American Harold Varner III had looked set to post a better score when he reached the treacherous 17th at seven under par, only to become the first player to find the water off the tee.

After almost spinning his ball off the green for a second time, Varner eventually recorded a triple-bogey six and also bogeyed the last to complete a disappointing 69.

“It’s a game. That’s why we play it,” Varner said. “No-one is going to die out there. I’ve always said that. I just was in between clubs and didn’t execute the shot, and that’s what you get a lot out here. Either you get it done or you don’t.”

Just a month away from his defence of the Masters, Japan’s Hideki Matsuyama had earlier withdrawn from the GBP 15.2million event due to a lingering back injury.

Matsuyama had been scheduled to tee off at 0840 local time alongside Joaquin Niemann and Cameron Smith. He was replaced in the field by Patrick Rodgers.

Matsuyama led after the opening round of the Players in 2000 following a superb 63, only for the event to be cancelled due to the coronavirus pandemic.