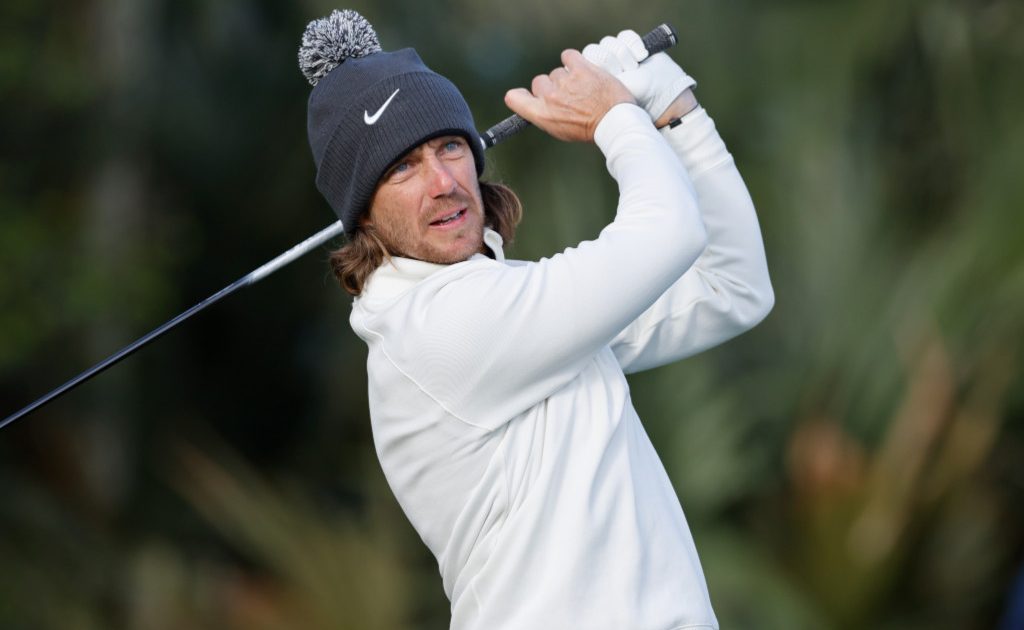 Tommy Fleetwood will tee off his delayed second round of the Players Championship on Saturday looking to keep pace at the top of the leaderboard after fierce winds again caused havoc at Sawgrass.

Englishman Fleetwood and Tom Hoge had held the clubhouse lead when play was suspended on Friday, when only four hours of action had been possible before consistent rainfall forced officials to call a halt due to “unplayable course conditions”.

With more bad weather forecast in Ponte Vedra Beach, Florida, play eventually was able to resume at noon local time (1700 GMT) and 47 players went on to complete their opening rounds just after 2pm – 55 hours and 16 minutes since the scheduled start.

Northern Ireland’s Rory McIlroy, the 2019 champion, continued his delayed first round on the par-five 16th, and went on to battle the windy conditions to card a one-over 73.

Open champion Collin Morikawa was one of several players to hit a tee shot into the water on the par-three 17th, which has an island green, along with the group of Brooks Koepka, Scottie Scheffler and Xander Schauffele.

Andrew Putnam, meanwhile, shot a triple-bogey six after three-putting from five feet – and then took seven on the last.

Brice Garnett had been up with Fleetwood and Hoge at six-under after 13 holes when play was called off on Friday.

Fleetwood, who shot 66 on Thursday, will tee off his second round shortly after 5pm on Saturday local time (2211 GMT), while fellow Englishman Paul Casey will also look to remain in contention, having sat just four shots off the first-round lead.

American Kevin Kisner was one of Saturday’s early second-round movers. Starting on the back nine, he hit two birdies but then dropped a shot on the par-four 18th to head into the turn at five under.

Golf’s richest event looks set to be extended into a fifth day – and possibly even a sixth – following all of the severe weather disruption.

The PGA Tour confirmed nine of the 12 groups on each side in the afternoon wave were scheduled to begin the second round on Saturday.

However, the last three groups on each side – which includes Ireland’s Shane Lowry and Englishman Ian Poulter – have been informed they will not begin the second round until Sunday.