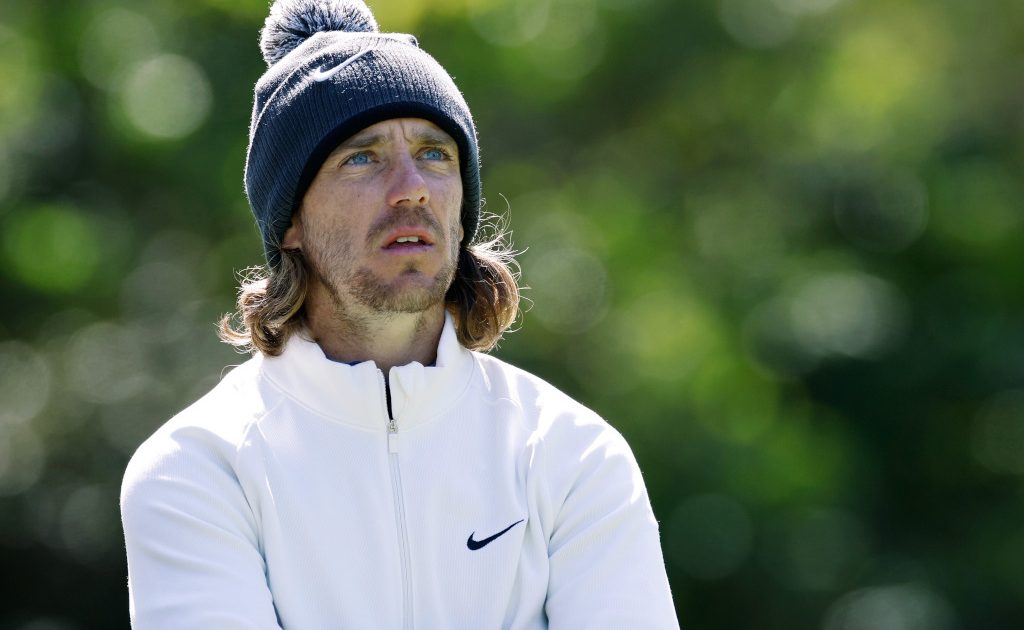 Tommy Fleetwood will continue his delayed second round of the Players Championship on Sunday looking to keep pace at the top of the leaderboard after fierce winds again caused havoc at Sawgrass.

Englishman Fleetwood and Tom Hoge had held the clubhouse lead when play was suspended on Friday, when only four hours of action had been possible before consistent rainfall forced officials to call a halt due to “unplayable course conditions”.

With more bad weather forecast in Ponte Vedra Beach, Florida, play eventually was able to resume at noon local time (1700 GMT) and 47 players went on to complete their opening rounds just after 2pm – 55 hours and 16 minutes since the scheduled start.

Northern Ireland’s Rory McIlroy, the 2019 champion, continued his delayed first round on the par-five 16th, and went on to battle the windy conditions to card a one-over 73.

Open champion Collin Morikawa was one of several players to hit a tee shot into the water on the par-three 17th, which has an island green, along with the group of Brooks Koepka, Scottie Scheffler and Xander Schauffele.

Andrew Putnam, meanwhile, shot a triple-bogey six after three-putting from five feet – and then took seven on the last.

Brice Garnett had been up with Fleetwood and Hoge at six-under after 13 holes when play was called off on Friday.

Fleetwood, who shot 66 on Thursday, was able to tee off his second round shortly after 5pm on Saturday local time (2211 GMT).

However, because of the continued delays, Hoge was among the latter groups not able to get out onto the course.

After picking up a birdie on the second hole, Fleetwood then dropped back to six under following a bogey on the par-three third.

Golf’s richest event looks set to be extended into a fifth day – and possibly even a sixth – following all of the severe weather disruption in Florida.

Koepka was one of those able to play their second round – and had little better luck back at the 17th later on Saturday, when he hit his tee shot into the water once again.

The American laughed off the latest setback, eventually recovering to make a triple bogey and head towards the turn at seven over.

Looking well set to miss the cut, it will come as stark consolation that Koepka will not have to face the troublesome par-three again this year.

Keegan Bradley also faced a troubled opening to his second round, having started on the back nine and being two under heading to the 16th.

After marking his ball when contemplating an eagle chance from around 70 feet, a gust of wind moved the ball, but not the marker.

Once the ball had stopped, the American took it back to the previous mark – but under Rule 13.1 D he should have played on from where it finished after being taken by the wind, and so was handed a two-stroke penalty.

The 17th claimed another victim as Sepp Straka saw his hopes of a push up the leaderboard tumble with a seven after the Austrian also found the water.

McIlroy, starting at the 10th, finished his second round with another 73, which could have been below par but for a costly double bogey at the 7th.

“The front nine was a little more sheltered so it probably didn’t play quite as tough, but some of those holes on the back nine are so exposed, it is brutal out there,” said McIlroy, who now faces an anxious wait to see if he makes the cut.

Defending champion Justin Thomas, though, produced a fine bogey-free 69 to move to three under.

“It was a very, very tough day, and I just stayed very patient and executed well,” the American said.

Bubba Watson was also among Saturday’s movers as temperatures dropped, signing for a 68 in the fading light to also sit tied 15th alongside Thomas and Ireland’s Seamus Power, who was two under for the day through 16 holes when play was suspended.

Watson said: “It was one of those days you had to trust and you had to be committed to your shots, even if they go wild.”

Doug Ghim sat at four under, two below par for his second round through 14, for a tie of sixth.