‘This will be the greatest win of my career,’ says Cameron Champ after claiming Safeway Open crown 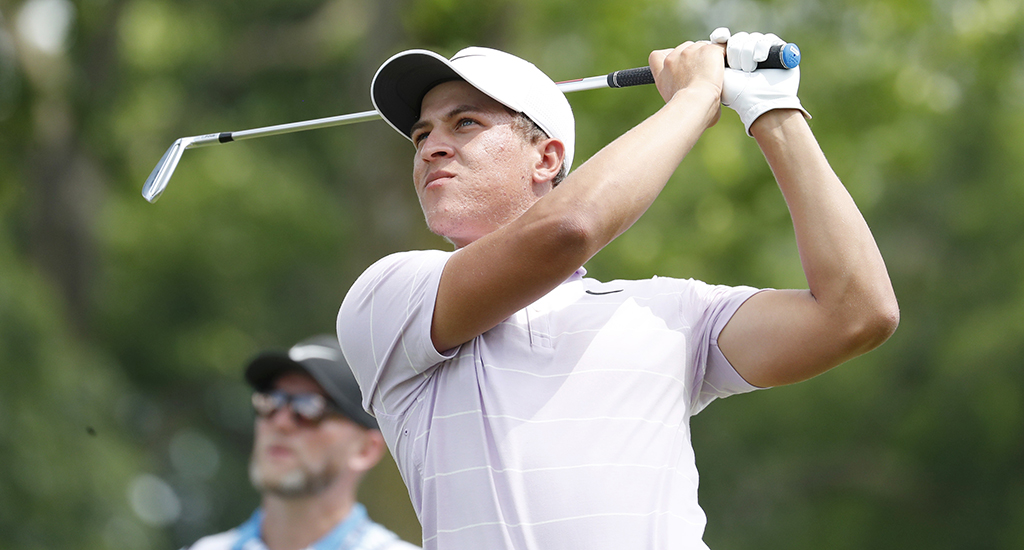 Cameron Champ held on to claim an emotional Safeway Open win, which he immediately dedicated to his terminally ill grandfather.

Champ shot an immaculate 67 in round three to create the opportunity, and overcame a 17th-hold bogey to secure a one-stroke win ahead of Adam Hadwin.

It was just his second PGA Tour title, but he is adamant that no other will mean as much.

“With everything going on with my family, with my grandpa, I wasn’t even sure if I was going to play,” Cameron said.

“It was going to be a last-minute deal. We weren’t sure how we were going to hold up.

“He does good, enjoys the days, but sometimes he’ll mention he’s kind of done, he feels like he doesn’t want to fight anymore.”

Cameron says that his grandfather, Mack Ray Champ, was the man who gave him his love of golf, and reports from his father that Mack Ray was watching on video in the hospice has made the Safeway Open win all the more special.

“He’s someone I want to be one day, someone I strive to be,” Cameron Champ – who had been good odds for anyone that went for bet online at Betfair Sportsbook before the start of play – explained.

Jeff Champ gives a message to his son @Cameron__Champ after an emotional Sunday in Napa. pic.twitter.com/ZX45rPfz2t

“He’s been a huge influence. To be so loving and passionate about others than himself and loving the game of golf and then teaching his grandson, giving me the chance as a kid to love the game and to be able to be sitting here with y’all.

“From age 2, I spent more time at Grandpa’s and Grandma’s house than I did my house, it felt like.

“I remember when I was younger, my parents worked, and Grandpa and Grandma would pick me up, I’d go hang out there all day, jack it around the backyard.

“We could hit it over the house and it would fall directly into the backyard, so we just hit them back and forth, Wiffle balls. I think it just started from that.”