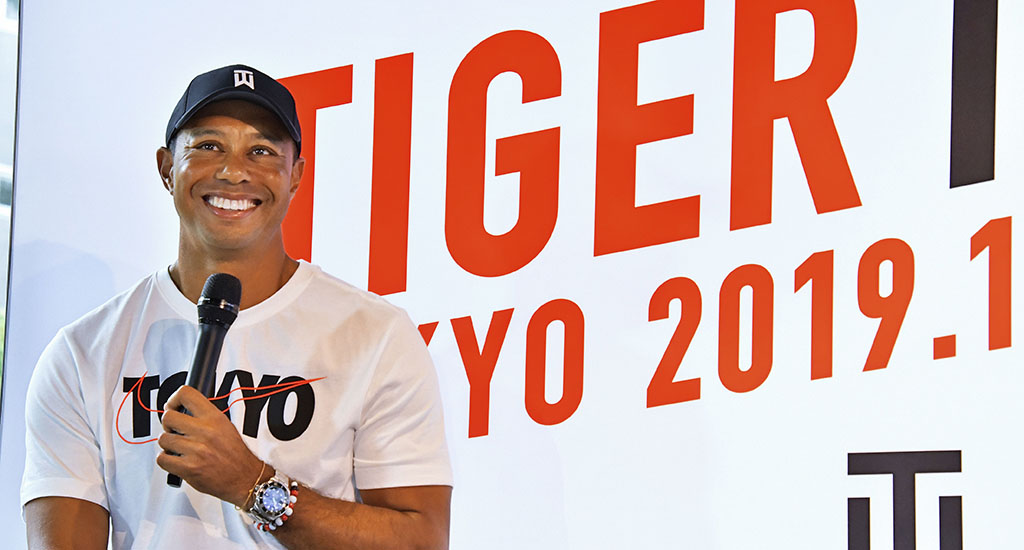 Weather had disrupted the tournament – the first scheduled PGA Tour event to be held in Japan – but consistency proved the key for Woods at Narashino Country Club.

The American’s three-shot victory over Japan’s Matsuyama was all the sweeter for the 15-time major winner, as he moved level with Sam Snead in the all-time PGA rankings.

Woods had a three-shot lead to defend over the final seven holes as the tournament was completed on Monday morning following Friday’s washout.

The 43-year-old bogeyed the 12th before recovering with a birdie on the 14th, but a missed birdie putt on the 15th gave Matsuyama an opening.

Matsuyama birdied the 16th to move within two shots but a missed birdie on the 17th. That gave Woods some breathing space and he responded with a birdie four on the last and claim the title.

Woods said: “This is big. Hideki made it tight. It was a lot closer than people maybe thought.

“I have been able to be consistent most of my career and have put myself up there with a chance to win on a number of occasions. There was plenty of times I didn’t but today was one of those days where I was able to pull it out.

“It was definitely stressful.”