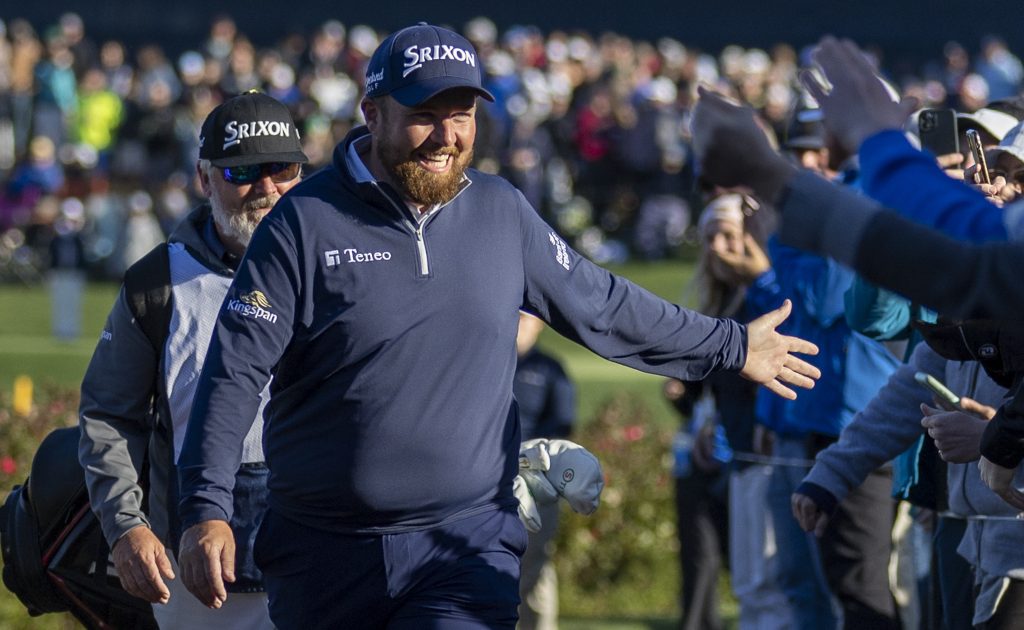 Shane Lowry lit up the weather-affected Players Championship with a hole-in-one on the iconic 17th as Paul Casey continued his superb comeback from a nightmare start at Sawgrass.

Lowry’s tee shot on the 124-yard par three pitched around 10 feet beyond the hole and span back into the cup to spark wild celebrations from the 34-year-old Irishman.

The eagle lifted Lowry, who has also made an ace on the 16th at Augusta National during the Masters, to four under par and although he bogeyed the difficult 18th, birdies on the first and second kept him firmly in contention for the title.

Lowry said: “You play this game, just special things happen sometimes. It’s pretty cool to do it there, one of the most iconic holes in golf.

“Yeah, what can I say? It was a special thing to happen, and I’m looking forward to turning on my phone and seeing the messages I’ve got. Not only that, it put me back in the tournament somewhat. So it was amazing.”

At five under par when play was halted due to darkness, Lowry had four holes of his third round to complete and was four shots off the lead held by India’s Anirban Lahiri, who had seven holes remaining.

Americans Tom Hoge and Harold Varner were a shot behind Lahiri, with Casey another stroke back alongside Sebastian Munoz and Sam Burns.

Casey made a triple-bogey seven on his first hole of the GBP 15.2million event on Thursday, but fought back to card an opening 70 and added a bogey-free 69 on Sunday which included a birdie from 50ft on the par-three 17th.

“I don’t know if I’ve ever had two full days off at a tournament,” Casey said in reference to the bad weather which meant some players who teed off early on Thursday did not play again until Sunday.

“It’s been weird. It started with a triple bogey on Thursday to start my championship but I ground out two under, which I was immensely happy with, especially as I knew there was going to be a delay of some sort.

“I know I got the lucky side of the draw. I’m very aware of that. And it’s been interesting watching the guys battle on the other side. I mean, I believe in the golfing gods and karma, so I don’t sit there gleefully watching it.

“Then today I made a lot of putts. That’s been the key really. Even my ball striking hasn’t been up to my usual sort of standard. But then dropping the long one on 17 was very, very cool.”

Casey’s Ryder Cup team-mate Tommy Fleetwood added a 73 to his opening 66 and remained five under par after nine holes of his third round.

“It’s just been odd,” Fleetwood said. “I’ve never been part of a tournament that’s had delays like this, and it’s just strange how long the week feels, and it’s actually not been that long.

“You’re just still in a regular tournament day here, we’re still on a Sunday, it just feels like it’s been longer.

“But it’s been nice to have the family here. I think they’ve definitely made a massive difference, rather than waiting around on your own and not having much to do.”

The halfway cut had fallen at two over par, allowing 2019 champion Rory McIlroy to scrape into the last 36 holes following consecutive rounds of 73.

McIlroy covered his first nine holes of round three in one over to remain near the bottom of the leaderboard.