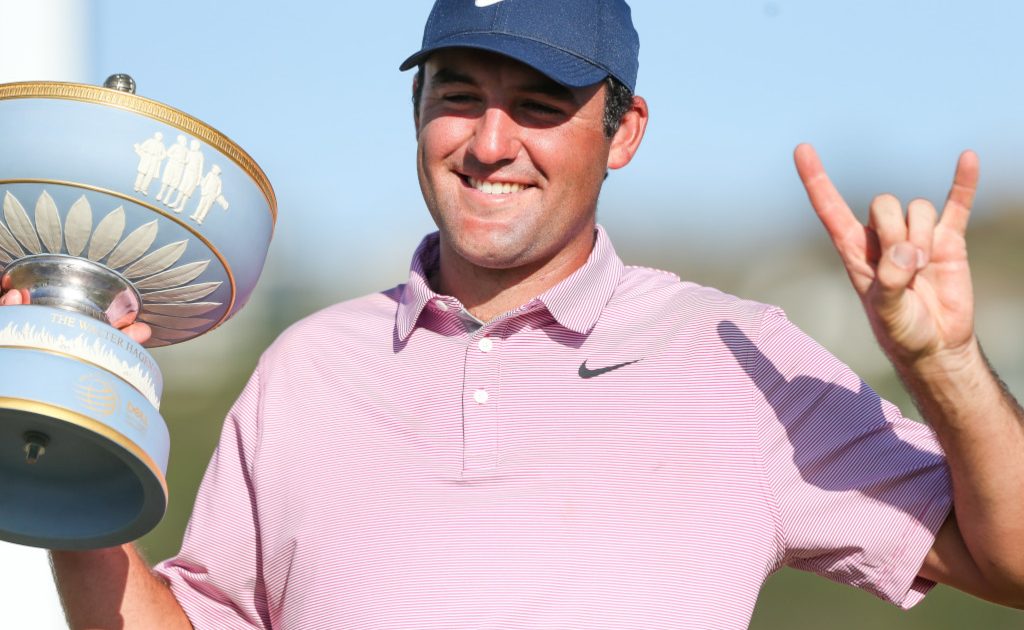 Scottie Scheffler was just in front at the Tour Championship as storms rolled into Atlanta to suspend play during the third round.

Prior to the suspension, the world number one, who started the week on 10 under par as the player with the most FedEx Cup points ahead of the season finale, was even par for his round and at 19 under with compatriot and Olympic champion Xander Schauffele at 18 under.

Chasing them at East Lake were South Korea’s Sungjae Im at 16 under, Northern Irishman Rory McIlroy at 15 under and a group a further shot back which included defending champion Patrick Cantlay, Jon Rahm, Justin Thomas and Sepp Straka.

World number five Schauffele missed a birdie-putt on the 12th hole which would have allowed him to catch Scheffler, with play suspended on the following hole.

Open champion Cameron Smith, a three-time FedEx winner, was 11 strokes back after carding a 68, as rumours persist the Australian will soon leave the tour for LIV Golf.

Interrupted third-round play will resume on Sunday morning ahead of the final round, organisers said.