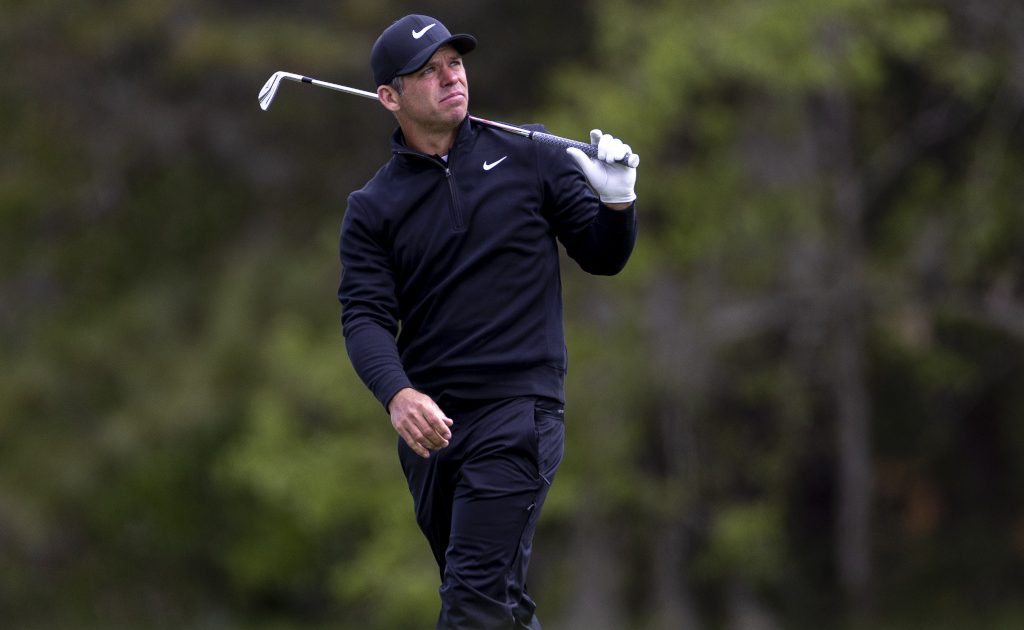 Paul Casey continued his superb comeback from a nightmare start as The Players Championship finally reached the halfway stage at Sawgrass.

Casey made a triple-bogey seven on his first hole of the GBP 15.2million event on Thursday, but fought back to card an opening 70 and added a bogey-free 69 on Sunday which included a birdie from 50ft on the par-three 17th.

That gave the Englishman a halfway total of five under par and a share of third place alongside Ryder Cup team-mate Tommy Fleetwood, with Americans Sam Burns and Tom Hoge sharing the lead on seven under.

“I don’t know if I’ve ever had two full days off at a tournament,” Casey said in reference to the bad weather which meant some players who teed off early on Thursday did not play again until Sunday.

“It’s been weird. It started with a triple bogey on Thursday to start my championship but I ground out two under, which I was immensely happy with, especially as I knew there was going to be a delay of some sort.

“I know I got the lucky side of the draw. I’m very aware of that. And it’s been interesting watching the guys battle on the other side. I mean, I believe in the golfing gods and karma, so I don’t sit there gleefully watching it.

“Then today I made a lot of putts. That’s been the key really. Even my ball striking hasn’t been up to my usual sort of standard. But then dropping the long one on 17 was very, very cool.”

Fleetwood added a 73 to his opening 66 as he and Casey remained in contention to become the first English winner of the prestigious title.

“It’s just been odd,” Fleetwood said. “I’ve never been part of a tournament that’s had delays like this, and it’s just strange how long the week feels, and it’s actually not been that long.

“You’re just still in a regular tournament day here, we’re still on a Sunday, it just feels like it’s been longer.

“But it’s been nice to have the family here. I think they’ve definitely made a massive difference, rather than waiting around on your own and not having much to do.”

The halfway cut fell at two over par, allowing 2019 champion Rory McIlroy to scrape into the last 36 holes following consecutive rounds of 73.