LIV Golf rebels are not welcome back – PGA Tour commissioner 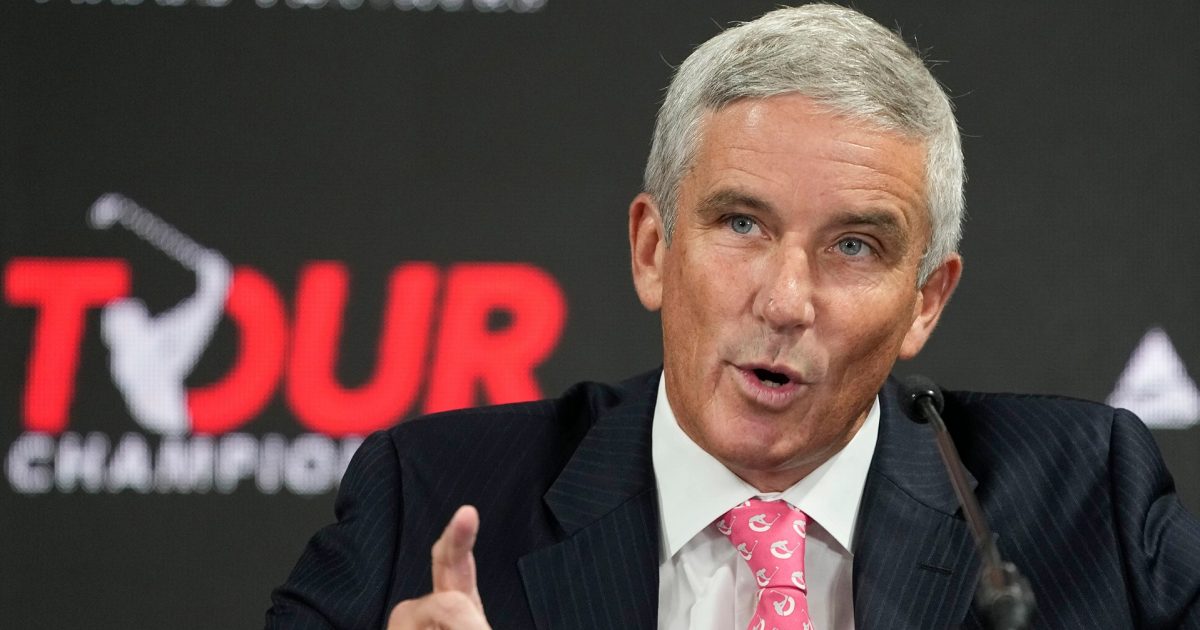 PGA Tour commissioner Jay Monahan has ruled out LIV Golf rebels returning to the circuit if they are enticed by a raft of changes, including guaranteed money.

The PGA Tour’s top players have committed to playing against each other at least 20 times a year, while the bonus pool for the Player Impact Programme (PIP) has been doubled to 100million US dollars (GBP 84.7million).

The 20 events are made up of the four majors, the Players Championship, 12 “elevated” tournaments on the PGA Tour – with an average purse of 20million US dollars (GBP 17million) – and three other events chosen by the players.

Players are also guaranteed minimum earnings of 500,000 dollars (GBP 423,000), which can be taken up front by rookies, while lower-ranked players will receive a travel stipend of 5,000 dollars (GBP 4,230) for each missed cut.

“Our top players are firmly behind the Tour, helping us deliver an unmatched product to our fans, who will be all but guaranteed to see the best players competing against each other in 20 events or more throughout the season,” Monahan said.

“This is an extraordinary and unprecedented commitment, a testament to who these guys are and what they believe in.”

Asked if LIV Golf players who were impressed by the changes and wanted to return would have their suspensions lifted, Monahan said: “No.

“As I’ve been clear throughout, every player has a choice, and I respect their choice, but they’ve made it. We’ve made ours. We’re going to continue to focus on the things that we control and get stronger and stronger.”

The Tour’s announcement came just a week after Tiger Woods flew to Delaware ahead of the BMW Championship to lead a players-only meeting, with Rory McIlroy also a key figure.

“It was amazing to have Tiger in the room because of his influence, but all those players in that room bought into the vision that Tiger and I and others have come up with,” McIlroy said.

“It’s not as if we did this as a renegade group. We kept Jay privy to all these sort of discussions so he could try to make some moves internally to try to get stuff happening pretty quickly.

“We’ve all made a commitment to get together more often to make the product more compelling. I think if you’re trying to sell a product to TV and to sponsors and to try to get as many eyeballs on professional golf as possible, you need to at least let people know what they’re tuning in for.

Whether the changes succeed in preventing more players from joining LIV remains to be seen, with Open champion Cameron Smith among those heavily linked with joining the Saudi-backed breakaway next week.

McIlroy spoke to Smith two days after finishing third behind the Australian at St Andrews, adding: “I don’t care if they leave or not, it’s not going to make a difference to me, but I would at least like people to make a decision that is completely informed and know this is what’s coming down the pipeline.

“I’ve always said guys can do whatever they want. Sometimes I don’t think some guys made those decisions based on having all the facts in front of them.”

Six-time major winner Phil Mickelson joined LIV Golf ahead of its first event in June, having previously accused the PGA Tour of “obnoxious greed” and claiming they could end any threat from rival leagues by giving media rights to the players.

Asked if there was any truth in Mickelson’s criticisms, McIlroy said: “Yeah, as much as I probably don’t want to give Phil any sort of credit at all, there were certain points that he was trying to make.

“But there’s a way to go about them. There’s a way to collaborate. You get all the top players in the world together and you get them on the same page. You then go to the Tour and you suggest ideas and you work together. This was pure collaboration.

“Were some of these (Mickelson’s) ideas, did they have merit? Of course they did. But he just didn’t approach it the right way.”

McIlroy also revealed some details of his new joint venture with Woods, which will see six, three-man teams compete indoors in a “high-tech golf league” on Monday evenings. The 18-hole contests, starting in January 2024, will take just two hours to complete.