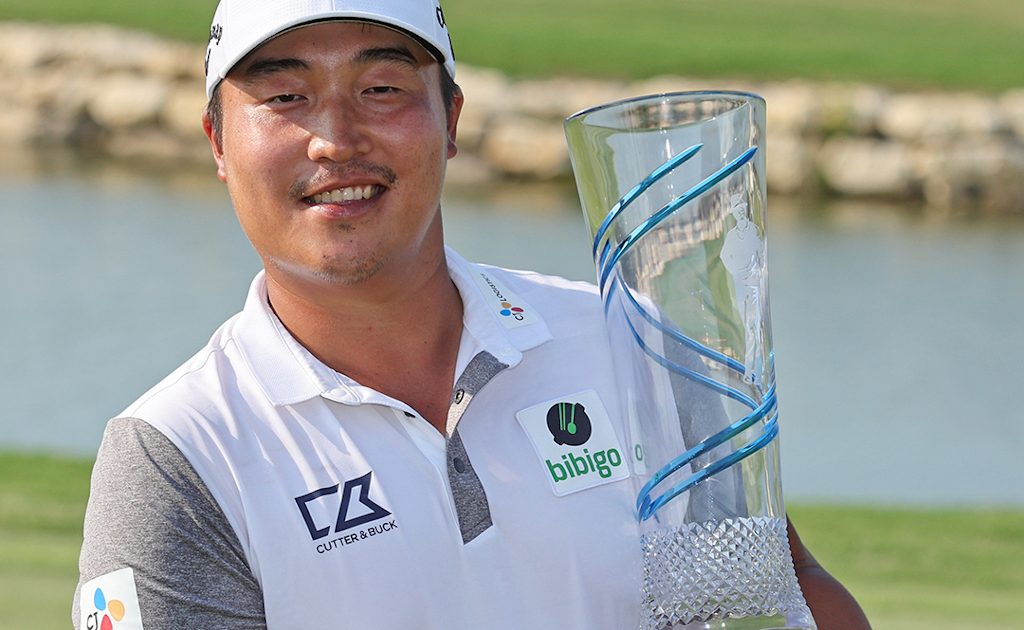 Lee Kyoung-Hoon’s lowest round on the PGA Tour was enough to retain his AT&T Byron Nelson title ahead of home favourite Jordan Spieth in Texas on Sunday.

The South Korean carded a career-low 63 to finish on 26 under par to make it back-to-back wins at the tournament, becoming the first person to achieve that since Tom Watson 42 years ago.

It thwarted Spieth’s hopes of a maiden victory at his home course ahead of the American’s latest pursuit of a career grand slam at next week’s US PGA Championship.

Spieth, who was part of the final group, could only card 67 to finish on 25 under and failed to force a play-off despite a birdie on his last hole following a chip for eagle narrowly failing to land.

The Dallas-born three-time major winner had claimed a share of the lead at the halfway stage of his final round but a three-putt on the 10th from 6ft slowed his momentum.

“I hit just a shot that you don’t practice into the green and I actually thought I just stuck it and I don’t know if I could have a thousand balls and hit it where I hit it,” Spieth told reporters of his eagle attempt.

“But it was a good week, good momentum into next week, last two starts being a win (at RBC Heritage) and a second, but this one will sting just a little bit just looking back on the day.”

Xander Schauffele had set the clubhouse target at 23 under earlier in the day thanks to a stunning 61. The American almost failed to make the cut on Friday after a poor start to his second round but secured a share of fifth in the end.

Justin Thomas and Ryan Palmer were the others to finish with an overall score of 265.

An eagle on Hideki Matsuyama’s 72nd hole had briefly put him out in front on 24 under and he would settle for joint-third with Sebastian Munoz, who held a share of the lead at the halfway mark.

Kyoung-Hoon once again came out on top though and he will now aim to build on this at Southern Hills.

The 30-year-old has never made the cut at a major in six previous attempts, with his most recent early exit being at last month’s Masters at Augusta.

An omen – of sorts – for Kyoung-Hoon is Watson winning his next tournament after claiming the 1980 Byron Nelson title – the Open Championship at Muirfield.