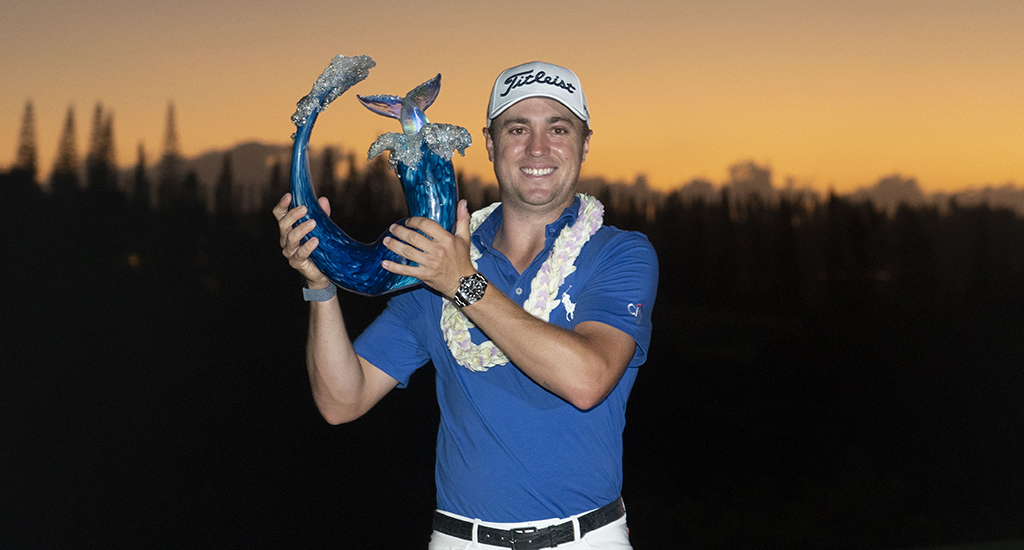 Justin Thomas will be out to make the most of his Hawaii momentum once again when he tackles the Sony Open at Waialae Country Club.

The American opened 2020 with a three-hole play-off victory in the Sentry Tournament of Champions at Kapalua, recovering after he had dropped bogeys over two of the last three regulation holes.

Thomas had also won the event in 2017 – after which he then delivered the Sony Open title and went on to enjoy a successful season, claiming the US PGA Championship.

The 26-year-old has slowly regained consistency following wrist problems, securing the BMW Championship in August last year and then also the CJ Cup.

Thomas, the world number four, now has 12 PGA Tour titles which means he has tournament victories than any of the current active players who are under 30.

Having admitted he “got very lucky” to be given the chance in a play-off against Patrick Reed and defending champion Xander Schauffele following his late collapse over the final round, Thomas intends stay focused as he targets another Hawaii success this weekend – something the online sports betting odds suggest could be likely.

“But I’ll have fun with my family and celebrate it, then next week, we try to get 13.”

Thomas added on PGA Tour media: “It was an emotional rollercoaster, but it means a lot to have the most wins under 30, so hopefully we will keep building on it.”

Matt Kuchar is set to defend his title at Waialae Country Club.

Jordan Spieth, the 2017 Open champion, had been scheduled to play at the Honolulu event, but has withdrawn because of illness, so could now make his return at the Farmers Insurance Open later in January.

Mexican Abraham Ancer, meanwhile, is looking for his third straight top-10 finish to build on a solid first appearance at the Presidents Cup.

The 28-year-old said at a press conference: “I become a better player when I put myself in those situations, and moving forward, I feel like I will be a little calmer in situations where I would be normally stressed out.”