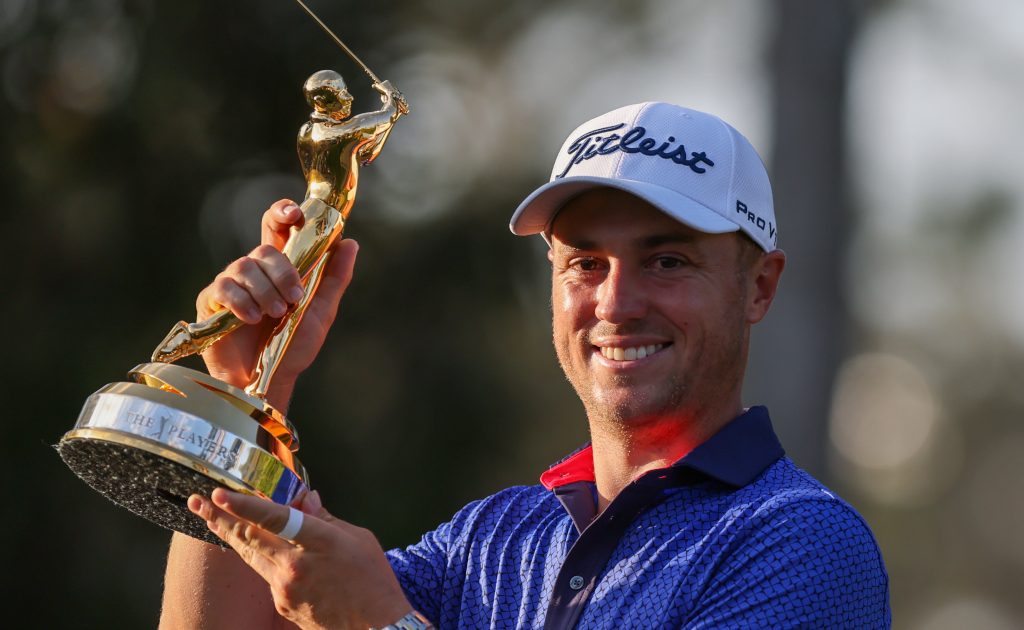 Justin Thomas is under no illusions about the size of his task as he bids to make history in The Players Championship.

The game’s so-called “fifth major” has been won by the likes of Tiger Woods, Jack Nicklaus, Greg Norman, Phil Mickelson, Sergio Garcia and Rory McIlroy, but no player has ever made a successful title defence at Sawgrass.

“I’d say it’s because it’s one of the deepest fields in golf and it’s really hard to win golf tournaments,” said Thomas, who came from seven shots behind at the halfway stage 12 months ago, carding closing rounds of 64 and 68 to beat Lee Westwood by a single shot.

“Obviously a lot of expectations and pressure come with it, but I think first and foremost look how deep this field is. It’s just really hard to win a golf tournament when you have most of the top 100 players in the world.”

This year’s winner will collect GBP 2.7million from the largest prize fund in golf (GBP 15.2million) along with 80 world ranking points, an amount which means four players could overtake Jon Rahm as number one.

“I had no idea until right now so you should ask if I want to know those things or not,” Rahm said with a smile when given the news in his pre-tournament press conference.

Collin Morikawa, Viktor Hovland, Patrick Cantlay and Scottie Scheffler are the men who could displace Rahm, with Scheffler coming off a victory in last week’s Arnold Palmer Invitational, his second win in three starts.

“Even if you’re number one you’ve still got to perform every week,” added Rahm, whose last win was his maiden major victory in last year’s US Open.

“When it comes to this course and the tournament, I think it’s a week that a lot of us look forward to. It’s a course that I’ve played well in the past. It’s a challenging golf course, and it’s one that I enjoy.

“I for the most part enjoy Pete Dye designs. I enjoy the challenge that he gives us as players, and you know, it’s a golf course worthy of this tournament and a champion that should be really proud when they’re hoisting the trophy on Sunday because you truly are the best player in the world when you win this week.”

Scheffler was also unaware of the world ranking permutations until told about them in his press conference and will have to overcome a lack of recent competitive experience at Sawgrass if he wants to lift the trophy on Sunday.

“I think I’ve only played three competitive rounds here,” the world number five said. “I missed the cut last year, and then two years ago I had a good first round but obviously it was cancelled (due to the coronavirus pandemic).

“It’s a good test of golf, and as long as I’m playing well, I should score well out here.”