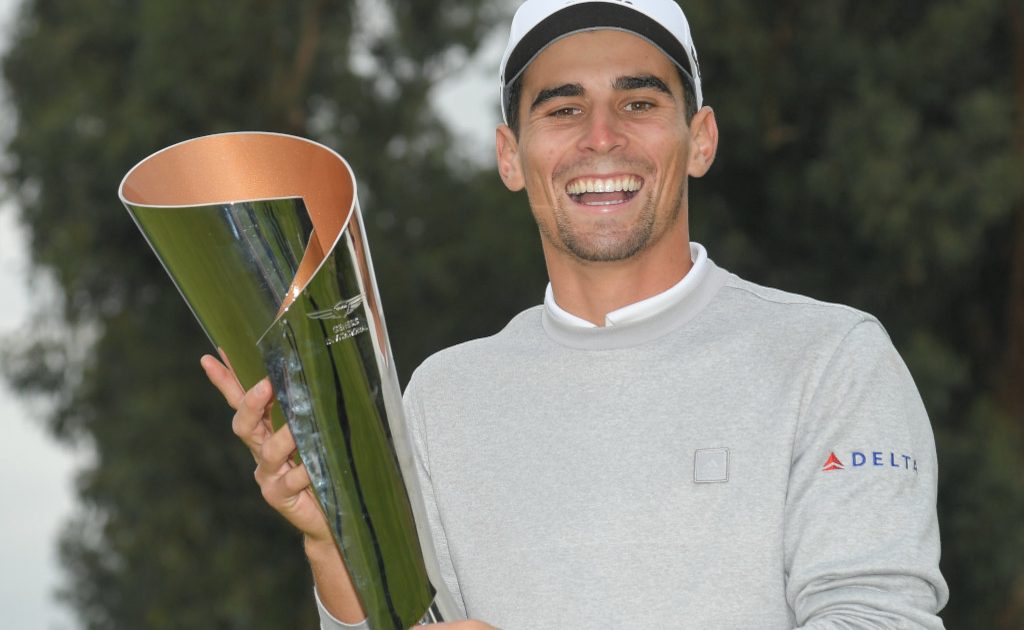 Chile’s Joaquin Niemann survived an early stumble and late scare to complete a wire-to-wire victory in the Genesis Invitational.

Niemann carded a final round of 71 at Riviera Country Club to finish 19 under par, two shots clear of world number two Collin Morikawa and Cameron Young.

The 23-year-old, who is the youngest winner of the event since World War II, saw his three-shot overnight lead cut to a single stroke when he bogeyed the seventh after playing partner Young had birdied the first.

However, Niemann bounced straight back to birdie the next as Young bogeyed and a second PGA Tour title looked to have been effectively secured when Niemann chipped in for an eagle on the par-five 11th to open up a five-shot lead.

Niemann bogeyed the 14th and 15th to give the chasing pack renewed hope, the latter coming after Young had holed out from 53 yards for an unlikely birdie.

That meant the gap was down to just two shots, only for Young to bogey the 16th after failing to get up and down from a greenside bunker.

Morikawa birdied the 16th and 17th but missed from 10 feet for another on the 18th, allowing Niemann the luxury of making two closing pars to seal victory.

Rory McIlroy carded a closing 68 to finish in a tie for 10th, with England’s Paul Casey and Scotland’s Robert MacIntyre tied 15th.