Jim Herman: With golf, anything is possible 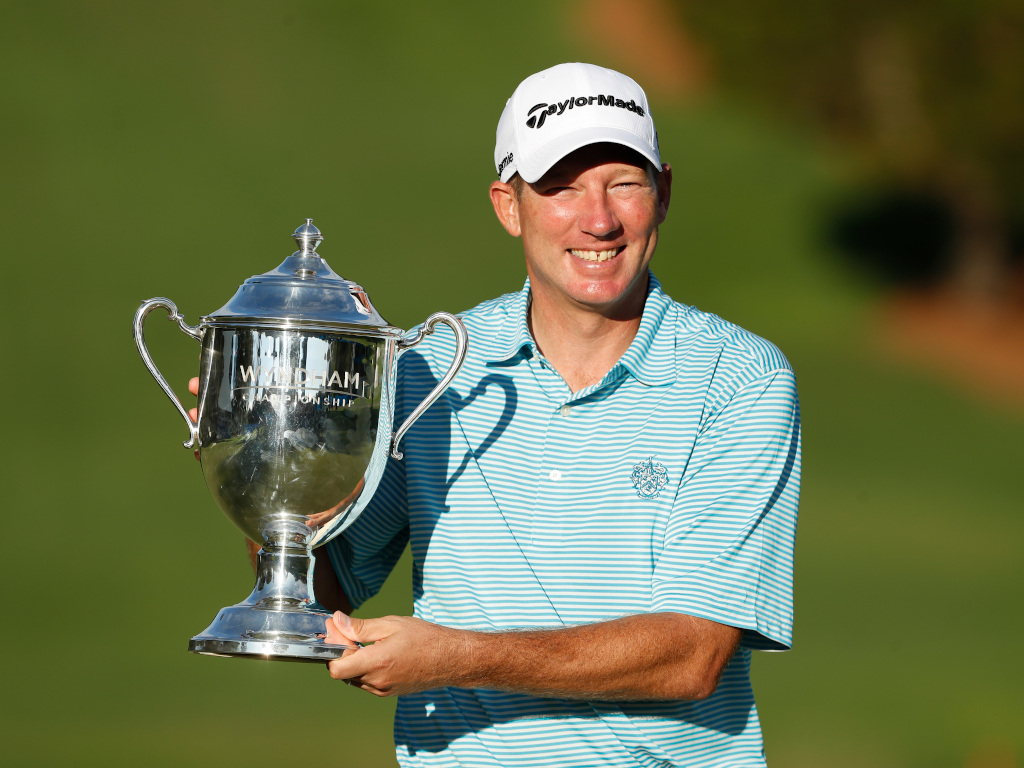 Wyndham Championship winner Jim Herman showed that if you just hang in there, anything can happen on the golf course.

In 2018, Herman was wallowing in the mire with injuries keeping him off the course. He battled back in 2019 to victory at the Barbasol Championship and with a sizzling finish of 61 and 63 at Sedgefield this weekend, he earned himself some deserved Sunday silverware.

“I’m very emotional… it’s going to be tough to put into words exactly what this means,” said the 42-year-old.

“But, you know, last summer winning off the back of some injuries was awesome to get back out on Tour and to prove it again, I mean, goodness gracious.”

Herman touched on his poor performance at last week’s PGA Championship. He was even-par going into the weekend, but would finish seven over and walk away with a disappointing T77 finish.

“I was pretty down after last week at Harding Park,” Herman continued.

A hot putter aided Herman, as he rolled in three eagles and 23 birdies at the Wyndham Championship. The Ohio native reiterated the impotence of mental toughness in golf.

“A lot of work, but it’s all mental with me,” said Herman when asked what it takes to be a three-time PGA Tour winner.

“My coach always said I was visually enhanced, but I think I am mentally deficient. I just got to work on the mental game more. I came here with no expectations. After four holes I talked to my caddie and I’d missed every fairway. I’d played so bad last weekend with my driver and I’d miss the first three fairways and I’m like “this is gonna be a quick week if this doesn’t get turned around”. So I made a little swing adjustment and made some putts.

“I’ve won three times now with three different putting strokes so obviously I have a lot of challenges with that but somehow I have been able to get it done.”