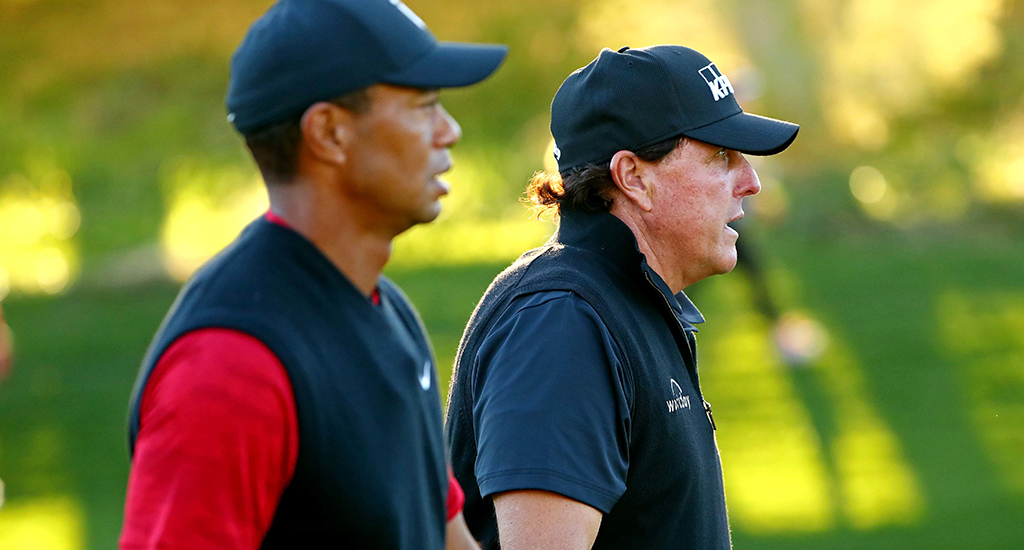 Phil Mickelson has told Tiger Woods to take one of the many ‘better options’ at his disposal as he faces up to the consequences of his poor recent form.

Mickelson has made 24 consecutive appearances in the Ryder Cup and Presidents Cup, qualifying automatically 20 times, making him one of the most durable players in world golf.

However, since winning the AT&T Pebble Beach Pro-Am in February, Mickelson has recorded just one PGA Tour top-20 finish, a decline that he seen him slide to 47th in the world.

Mickelson moved inside the world’s top 50 for the first time after finishing runner-up in the Casio World Open in November 1993 and has never fallen out since.

Asked about receiving one of the four wild cards Woods has available, Mickelson told a pre-tournament press conference ahead of the CJ Cup: “No, no, no. I have not played well in the last seven, eight months.

“There are much better options of players that have played consistently at a high level that deserve to be on the team and I have not… even if I were to win (this week), I have not done enough to warrant a pick.

“I’m not asking for one, I don’t expect one. I think there’s a lot better options for the US side.

Koepka’s four-shot win over Woodland last year saw him become world number one for the first time and the four-time major winner has now spent a total of 31 weeks at the top of the rankings in four spells.

“It’s nice to be back,” Koepka told a pre-tournament press conference. “It’s been a warm welcome back. It’s a place I’ve enjoyed. Obviously winning last year and getting to world number one, it’s always been a special place for me.

“The golf course looks in great shape. Everybody always treats us well here, so that’s why you can see there’s such a good field this year. Guys are talking about it and it should be a popular spot on the Tour for the next few years.”

Koepka revealed at the start of the month that he underwent stem cell treatment in his left knee shortly after the Tour Championship and the 29-year-old could undergo more during the off-season.

“My knee’s fine, it feels good,” he added. “It bugged me since March maybe, but everything’s fine now. Did my rehab, my recovery and there shouldn’t be any issues.

“Hopefully there might be one more round of stem cells maybe before the end of the year during some off time. But other than that, I feel great. My knee feels good. It’s the first time it’s been feeling consistently good in a while.”