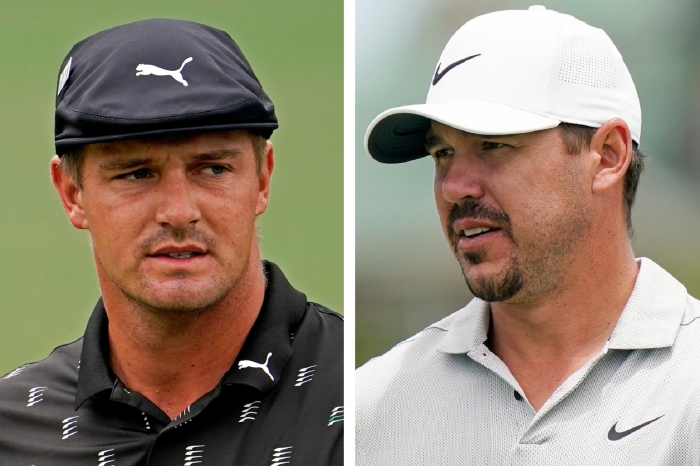 Feuding rivals Bryson DeChambeau and Brooks Koepka are set to go head to head in Las Vegas next month.

The American pair will play a 12-hole match on November 26 at the Wynn Golf Club.

Their showdown will be the fifth instalment of ‘The Match’ and the first that will be one-on-one since Tiger Woods and Phil Mickelson competed in 2018.

DeChambeau has already played in an edition of The Match earlier this year, pairing with Green Bay Packers quarterback Aaron Rodgers against Mickelson and Tampa Bay Buccaneers quarterback Tom Brady.

Tensions have run high between the pair since 2019, with Koepka suggesting DeChambeau was engaged in slow play and DeChambeau responding by taking a dig at Koepka’s physique.

Most fans seem to have sided with Koepka, with DeChambeau often taunted with catcalls of “Brooksie” when playing tournaments.

DeChambeau, the 2020 US Open champion, is currently ranked seventh in the world, with four-time major winner Koepka ninth. Both have eight PGA Tour victories.