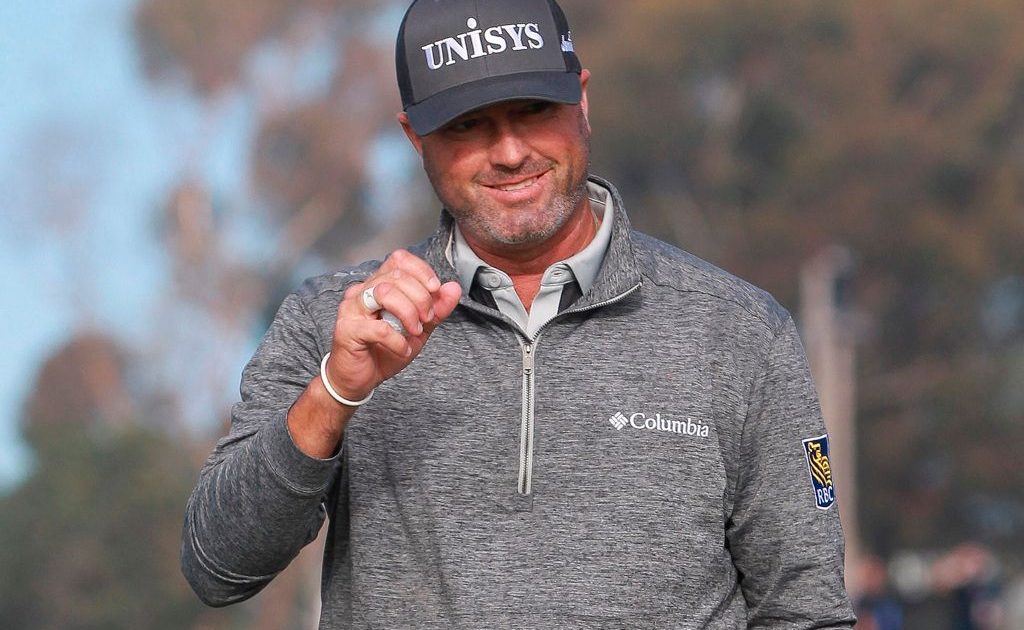 England’s David Skinns fired a superb second round of 63 to claim a share of the clubhouse lead in the AT&T Byron Nelson in Texas.

Skinns, who is in his rookie season on the PGA Tour at the age of 40, carded 10 birdies and a solitary bogey to join local favourite Ryan Palmer on 15 under par, Palmer having also recorded 10 birdies in a flawless 62 at TPC Craig Ranch.

Former Masters champion Charl Schwartzel lies two shots off the pace following a 65, with Jordan Spieth also shooting 65 to reach 12 under as he warms up for his attempt to win next week’s US PGA Championship and complete the career grand slam.

Skinns spent 15 years on the mini tours before gaining full playing rights on the PGA Tour by finishing in the top 25 on the Korn Ferry Tour last season, largely thanks to victory in the Pinnacle Bank Championship in August.

The Lincoln native has missed nine cuts in 14 starts this season with a best finish of 29th, but putting a new driver in the bag this week has paid instant dividends.

“It has been a bit of a struggle,” admitted Skinns, who worked as a delivery driver when golf shut down due to the coronavirus pandemic in 2020.

“I came off a really nice run on the Korn Ferry Tour to finish and I felt good going into the PGA Tour season. I played nicely in Napa (the opening event) the first two days and then didn’t play well on the weekend.

“But then when you find yourself not getting in every tournament and you start to slip behind a little in the points it’s tough to see yourself continue to fall down the list.

“You’ve eventually got to figure out a different game to play, you can’t keep looking at that otherwise it will demoralize you a little bit. You just got to get back to the reason that you’re here and I think I’ve done that decently the last six weeks or so, even though the results haven’t quite shown it.

“Most of my pro career it’s taken me a little while to get used to every level. I’m just excited to be in a position this weekend where I can make a step forward hopefully.”

LIVE SCORES: Follow all the latest leaderboards in our live golf scores centre