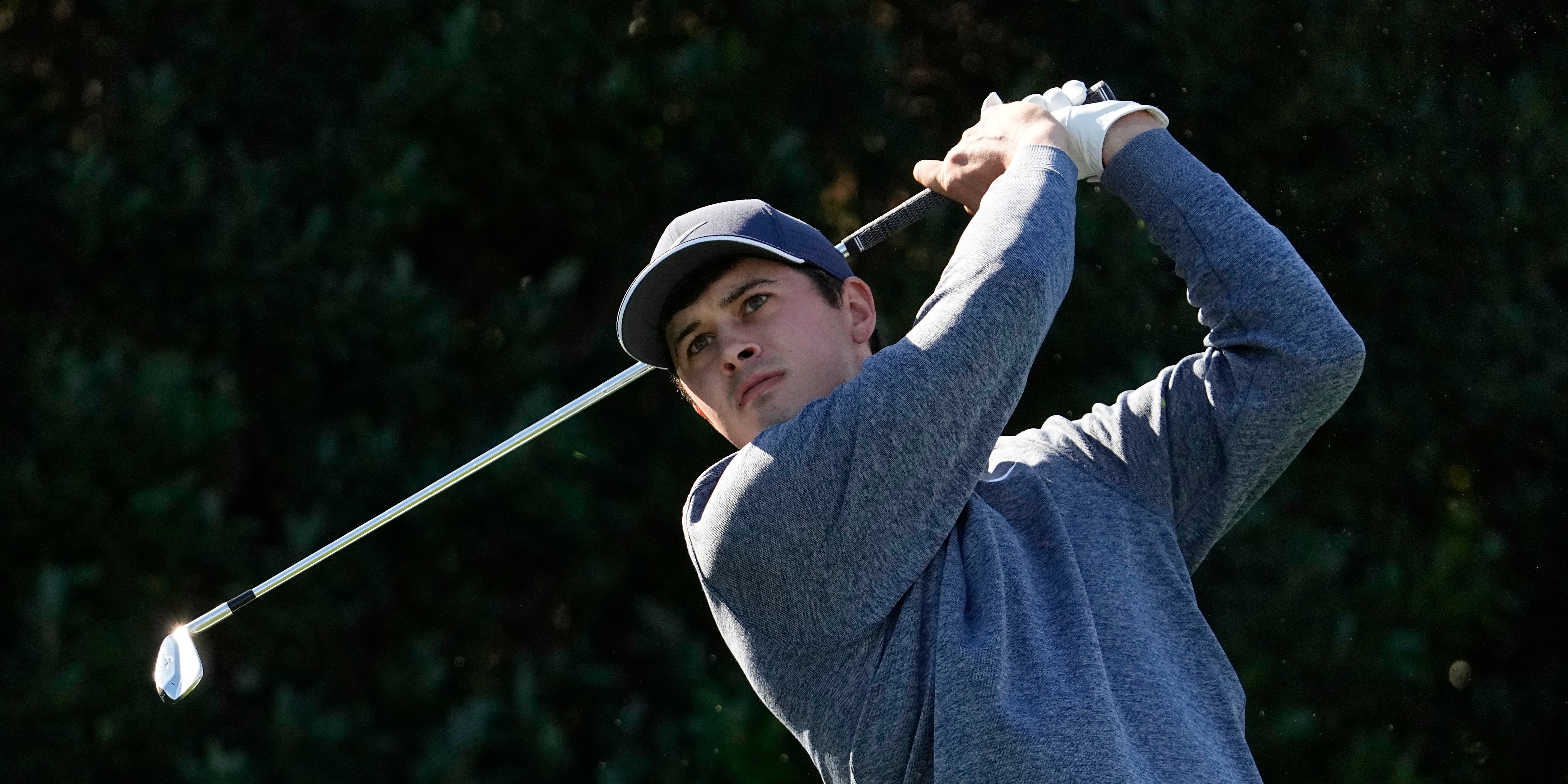 The 23-year-old American shot a career-low 10-under 62 in the first round of The American Express after he birdied three of the first four holes and then eagled both par-5s on the front nine, numbers five and six.

He made the turn in eight-under 28, the lowest front-nine score at La Quinta, putting him two clear of Spain’s Rahm, Americans Tyler Duncan, Taylor Montgomery and Sam Burns, and Matti Schmid of Germany.

Rahm shot 64 at La Quinta, one of three courses being used for the first three rounds.

The field also includes five of the top seven players in the world and 10 of the top 20.

Sixth-ranked Xander Schauffele, of the US, was in a group of nine at seven-under 65 after also eagling the fifth.

Second-ranked Scottie Scheffler and Patrick Cantlay each shot 68, while Will Zalatoris had a three-under 69 at the Nicklaus Tournament Course.

Earlier this month, Rahm had overturned a seven-shot deficit to claim his eighth PGA Tour title in Hawaii.

Rahm won The American Express – then named the CareerBuilder Challenge – in 2018, but also hit the headlines 12 months ago for expressing his feelings on the easy conditions on the Nicklaus Tournament Course, one of three used for the tournament.

“Piece of shit, f****** set-up, putting contest week, Jesus Christ,” Rahm was filmed saying walking off one of the greens in a video posted on social media.

Ahead of his return to the venue, the former US Open champion admitted to media that his comments from last year “might come bite me in the ass”.

“Although it was more venting off on the golf course,” he added.

“I think for me it’s obviously a great event and it’s got a lot of history. I’ve loved it every time I’ve come here, despite what I said on the golf course last year. That’s just a player letting out some frustration.”