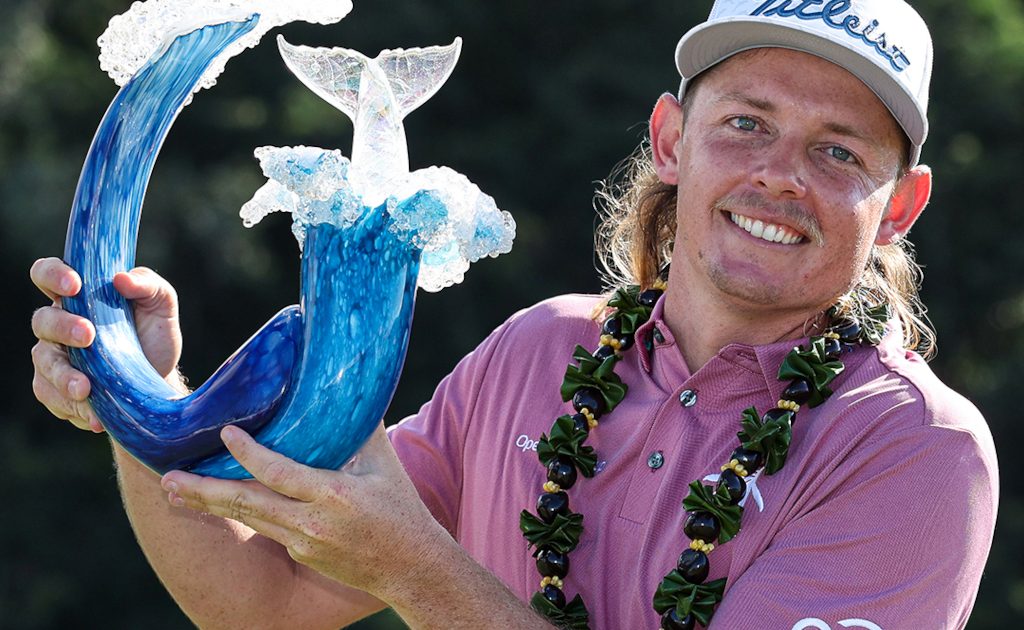 Australia’s Cameron Smith secured one of the biggest wins of his career as he outdueled World No 1 Jon Rahm down the stretch to win the Tournament of Champions in record-setting fashion.

Smith held the lead through all four rounds of the PGA Tour event at Kapalua, ultimately finishing with a record score of 34-under 258 on the par-73 Plantation Course after firing a final-round eight-under-par 65.

His winning total shattered the previous record for a winning total on the PGA Tour, the 31-under-par by South African Ernie Els at the same event and venue back in 2003.

Starting 2022 with a win. 🏆 pic.twitter.com/ssEUTzHjI5

World No 1 Rahm pushed Smith all the way, closing with a 66 to finish just one shot back of the winner.

The duo traded shots down the back nine in an exciting finish, with Rahm making five birdies down the stretch and Smith just about able to protect his lead with four birdies of his own.

Rahm birdied the par-five 18th to force Smith to do the same in order to avoid a play-off, which he duly did.

“Unreal round, something I’ll never forget for sure,” Smith said.

“It was intense. Jonny and I played well all day and Matty was playing well in the group in front of us.”

Rahm admitted he had done about as much as he could to try and get the victory.

“It feels really strange to shoot seven-under and almost be complaining because it should have been a lot lower,” Rahm said. “Every reason to be smiling but one.

“It’s a weird feeling. I played great golf, I shot a low score, shot 33-under, and I still lost by one.

“Bittersweet moment. I lost. I had a lot of chances I could have converted.”

It’s the fourth PGA Tour victory of Smith’s career, and the first since the 2020 Sony Open in Hawaii two years ago.

Another Aussie, Matt Jones, secured third place a shot behind Rahm after a closing 61, which came after a 62 on Saturday.

“If you told me I would have shot 32-under I would have been more than happy to sit in the clubhouse and let everyone play and see what happens,” he said.

Patrick Cantlay was fourth, albeit a full six shots behind Jones, followed by World No 2 Collin Morikawa, who shared fifth with Justin Thomas and Daniel Berger after a closing 62.

“It’s huge,” Morikawa said of his strong finish. “I took a lot of time off this winter. I needed time to reset.”