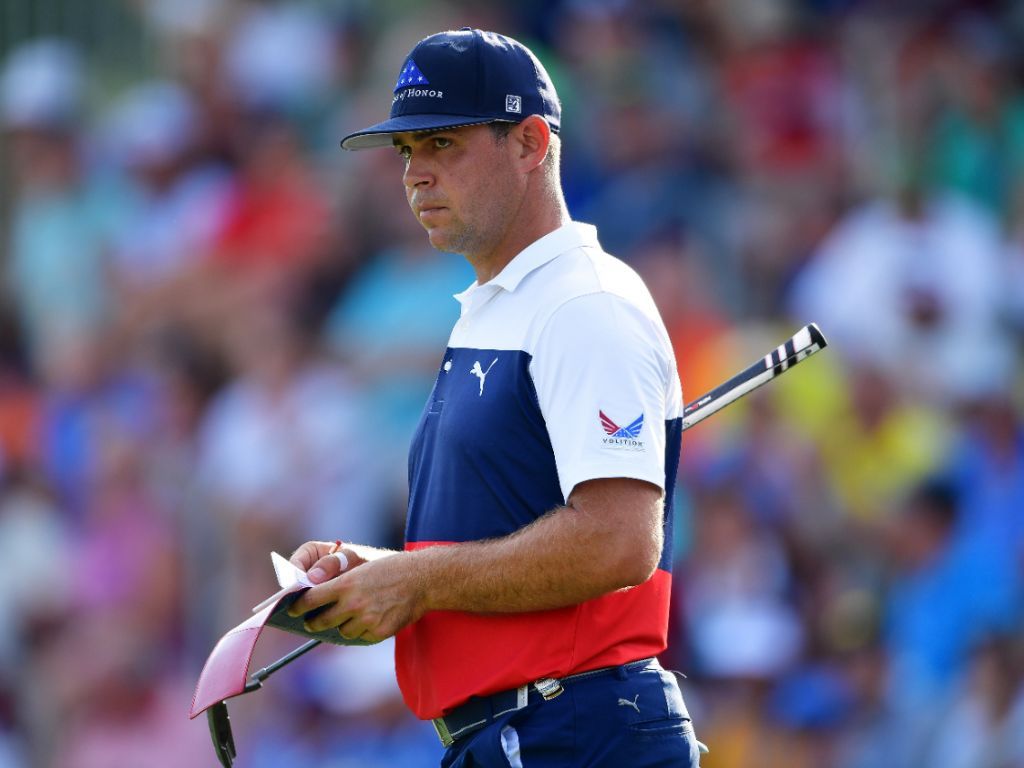 Gary Woodland pipped Rickie Fowler to the lead at the US PGA Championship after producing a late charge in Missouri.

Fowler’s bid to lift a first major was on course on the opening day at Bellerive after the American took the clubhouse lead with a five under 65.

That looked as if would be enough for Fowler to end the first round in top spot, but late in the day, world number 44 Woodland took advantage of the favourable conditions to sink five birdies on the back nine in a six under 64.

It could have been even better for Woodland after he had a chance to equal the lowest ever round at the PGA Championship with a birdie putt on 18, but his 17-foot effort stopped short of the hole.

Gary Woodland sinks his 6th birdie and now shares the lead with Rickie Fowler at 6-under.

“I hit bad shots on one and two, feeling the pressure early. But I really settled in and played great outside of that,” said Woodland.

“It was nice to get the jitters off early and get rolling. I saw some putts go in.”

Fowler equalled his lowest round at a major after sinking six birdies during his round, as he looks to end his wait for an elusive maiden title.

He is the clubhouse leader at 5-under. pic.twitter.com/hCD8aZPdBg

“I know Phil [Mickelson] didn’t win [a major] until his 30s. I don’t know the exact numbers, but it’s not something I necessarily worry about,” he said.

Fowler is one clear of South Africa’s Brandon Stone and Zach Johnson, while Ian Poulter, Justin Rose and world number one Dustin Johnson are among 11 players at three under.

Defending champion Justin Thomas finished the day at one under, while Rory McIlroy and Tiger Woods are six shots off the lead at level par.