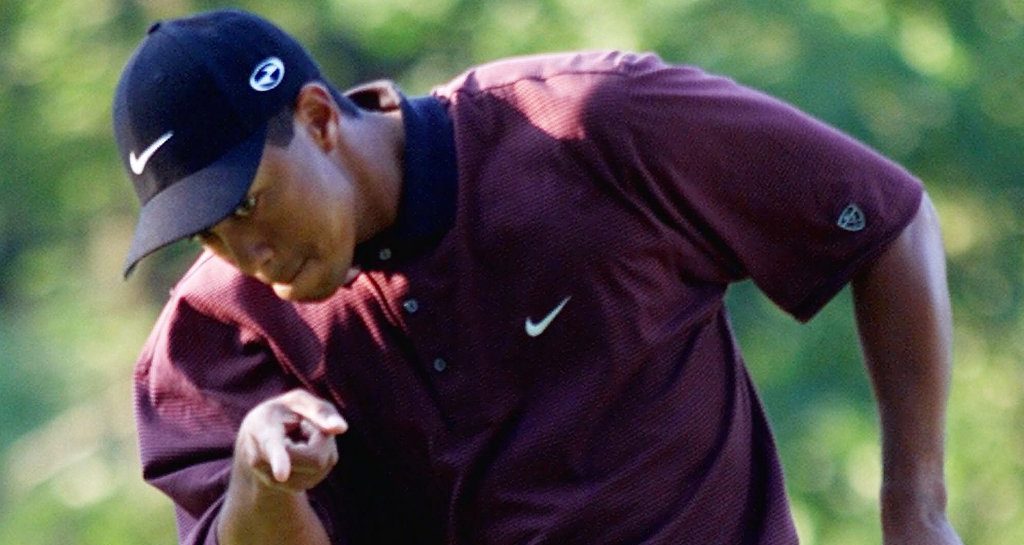 A resurgent Tiger Woods will vie for a fifth PGA Championship title at Bethpage Black this week. We take a look at his greatest moments in the historic event.

With his fortunes certain to be a major point of focus this week, let’s enjoy a catalogue of Tiger’s greatest hits.

For the opening rounds of the 2000 Championship at Valhalla, fans got to enjoy something truly special as Woods was paired with the great Jack Nicklaus.

Nicklaus was making his last appearance at the PGA Championship, so while he may have been playing alongside the hottest player on the planet, Friday at the 18th green was all about him.

With Woods urging him to finish it off with something special, Nicklaus knocked his third shot in the hole for a birdie and round of 71.

And Woods? He finished with a 67 to take the 36-hole lead, and would go on to win his second straight Wanamaker trophy (more on that later). 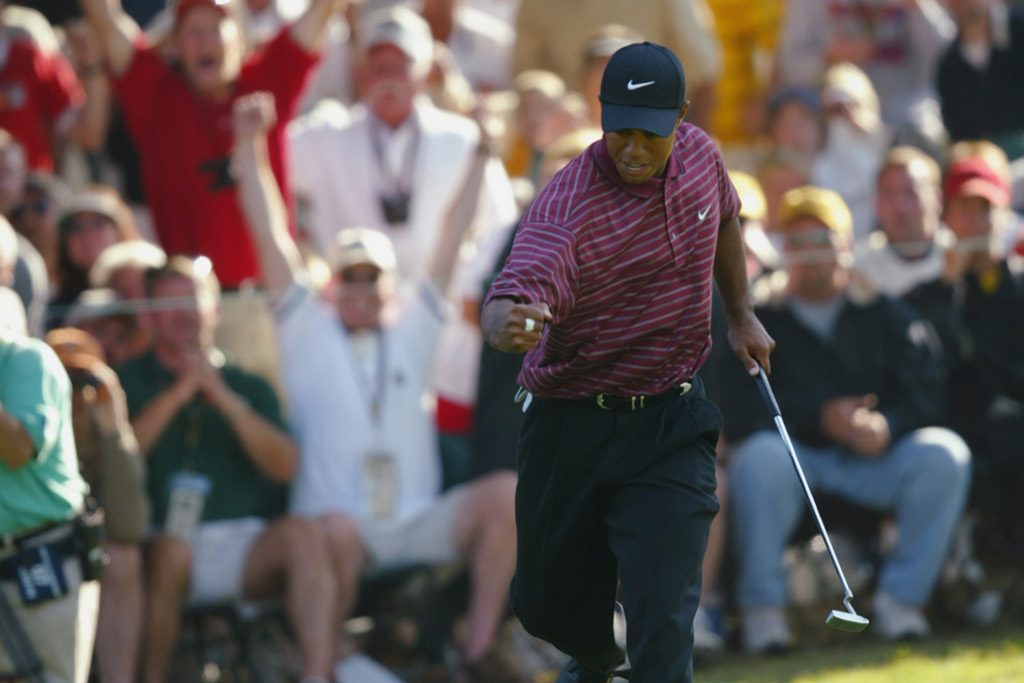 Woods didn’t win at Hazeltine in 2002 – that honour went to Rich Beem (remember him?) – but he did make things awfully interesting down the stretch on Sunday.

Trailing by a whopping five shots with four holes to play, you would have been forgiven for thinking Woods’ race was run.

Instead, he picked up four straight birdies, and Beem only hung on by the narrowest of margins to clinch a one-shot win.

It was vintage Tiger – a superb rescue at 15, two solid approach shots and the putts to match at 16 and 17 and, at 18, an incredible, high seven-iron that honed in on the back-left hole location like a guided missile, dropping down four feet from the hole.

Considering he had also hit what many consider to be his greatest shot of all time earlier in the week (more on that later too), the 2002 PGA Championship will certainly go down as one of the most impressive Woods performances that didn’t result in a victory.

It’s hard to imagine what being Tiger Woods was like in 2007.

At Southern Hills that year, the still-only 31-year-old golfer picked up his 13th major title with a gutsy two-stroke win over Woody Austin.

He was already the second most successful player in the history of major golf, while his victory also pulled him to within one of Walter Hagen and Jack Nicklaus for most PGA Championship titles in history.

“I could not ask for a better start to my career,” he said. “If you would ask me that 12 years into my career I would have had this many wins and this many majors, there’s no way. I’ve exceeded my own expectations.”

The win was set up by a scintillating 63 in the second round that would have been a 62 if Woods’ ball on the 18th green hadn’t spun nearly 350 degrees around the cup before failing to drop.

Woods’ third PGA Championship title was, like most major championships, won in the final round. And just as he’d done at Medinah in 1999 to win his first Wanamaker trophy, Woods delivered the goods when it mattered most.

He started the final round tied with Luke Donald and with four others well within striking distance, but it soon became a one-horse race.

Woods’ short game was streaks ahead of anyone else, and a combination of several impressive birdies and incredible par saves saw him coast to a five-shot win.

The victory – Woods’ 12th in the majors – also saw him pass the legendary Walter Hagan on the all-time major winners list and move into second place behind Nicklaus. Hagen won his 11th and last major title at the 1929 Open Championship.

In the final round of the 1999 PGA Championship, a then-unknown Spaniard named Sergio Garcia managed to chase down Woods and reduce his five-shot lead to just one with a couple of holes to play.

Woods looked shaky as he missed the 17th green and the best he could do was give himself an eight-foot look at par. The problem was the putting surface had been put under so much heat stress from the baking sun, that it was nearly unplayable.

Emphasis on ‘nearly’, because Woods was able to produce one of the greatest par saves of his career before parring the last as well for his second major victory.

He would go on to win four of the next five to become in a six-time major winner in the blink of an eye.

We’ve already covered how great Woods was in defeat back in 2002, but one shot in particular deserves special mention.

Returning to the course in the early hours of Saturday morning to complete a second round suspended from the day before, Woods hit a drive on Hazeltine’s par-4 18th hole that finished close to the lip on the left edge of the bunker.

After adopting an uncomfortable stance, Woods promptly ripped a three-iron that cleared the trees along the left side, drew in with a strong breeze and landed 20 feet from the hole.

Woods made the birdie putt and afterwards even he had to admit he had done something special.

“The greatest feeling shot I’ve ever hit in my life,” he said.

His playing partner at the time, Ernie Els, described it pretty succinctly too.

Woods was his usual dominant self at Valhalla that year, but a Californian golfer named Bob May happened to be playing the tournament of his life too.

Woods and May finished the tournament in regulation at 18-under 280 – five shots clear of anyone else in the field – and so it was left to a play-off to decide the championship. What followed was one of the most memorable moments of Woods’ incredible career.

May started with an errant drive at the par-four 16th but did superbly well to save par from there. It did, however, give Woods a chance to snatch the trophy with a birdie – if he could sink a 20-foot right-to-left curler on the treacherous 16th green, of course.

Most of us remember what happened next. As his ball got nearer to its destination, Woods took off after it and pointed right at the hole. It dropped, just as he’d predicted, and Woods’ third straight major trophy – following victories at the Open and US Open that same year – was secure.

The Tiger era was well and truly upon us, and there was no going back now.