Tiger shines at PGA, now has Ryder Cup in his sights 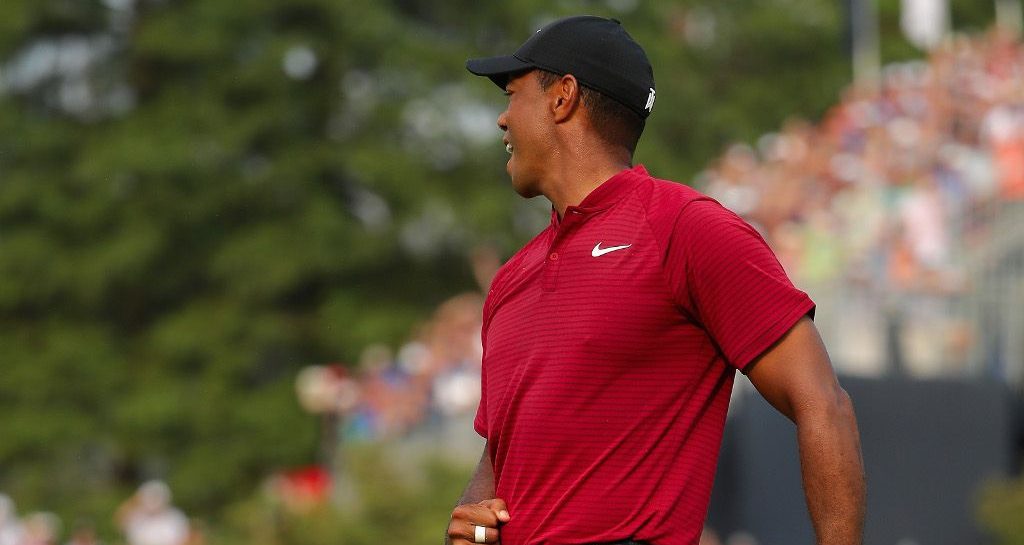 Following another hugely impressive performance at the PGA Championship, Tiger Woods now wants to return to the Ryder Cup as a player.

The 42-year-old produced two superb rounds at Bellerive over the weekend to finish in second place behind winner Brooks Koepka.

With huge swathes of fans lining the fairways on Sunday, Woods followed up a third-round 66 with a superb six-under 64 – the lowest final-day score of his major career – though it still wasn’t quite enough to stop Koepka.

There's nothing quite like a Tiger fist pump. pic.twitter.com/MEHWX5y0j7

Reflecting on his near-miss at Bellerive and at the Open Championship last month, Woods said: “I was pretty ticked at the British Open, but I had the lead there and this one I never quite got to the lead.

“I was always trailing, and it was a golf course on which I couldn’t sit still and make pars and be okay with it. I had to keep making birdies. The golf course was soft, it was gettable, I had to go get it and I tried hard.

“Making that putt at least gave me a chance, but Brooksy is tough to beat when the guy hits it 340 down the middle, that’s tough. What he did at Shinnecock, just bombing it, and then he’s done same thing here and made a bunch of birdies.

“I played with him in a practice round and he was literally hitting it 340, 350 yards in the air. And when a guy’s doing that and hitting it straight and as good a putter as he is, it’s tough to beat.

“But that’s the new game. Dustin’s done it, Rory’s doing it, now Brooksy does it, and you get on a golf course like this, this soft, and you can just bomb it away. Those guys, if they’re driving it well, they have such a huge advantage because of the carry.

“So Brooks put it all together, he didn’t just have the driving, he had the iron game, he had the putting and made some key up-and-downs the last couple rounds to keep himself in the tournament and then end up winning the tournament.”

I can’t thank the fans in St. Louis enough for packing the course all week and for their enthusiasm and support. It meant so much to me. pic.twitter.com/jQSkSCSYdM

Considering the journey Woods has had to undertake to get to this position and all the injury troubles he’s overcome, his performances seem nothing short of remarkable, even if a win still eludes him.

“I didn’t know what my schedule would be, how many tournaments I would play this year or if I would even play, so each tournament brought about its own challenges,” he added.

“And so at the beginning of the year, if you said I would have a legitimate chance to win the last two major championships? I didn’t have a swing at the time, I had no speed and my short game wasn’t quite there yet. My putting was okay, but I hadn’t played in two years. So it’s been a hell of a process for sure.”

Even though Woods has already been identified as one of Jim Furyk’s assistant captains for the Ryder Cup next month, it’s hardly a surprise that he now fancies turning up and playing too.

Victory at Bellerive would have seen him snatch the final automatic qualifying place, but Woods has done enough to warrant selection as a captain’s pick anyway.

“I was in contention in the last two majors and would never have foreseen that a year ago, so I’m just so thankful to be here. I’m just very pleased at what I’ve done so far and now to be part of the Ryder Cup conversation, going from where I’ve come from to now in the last year, it’s been pretty cool.”