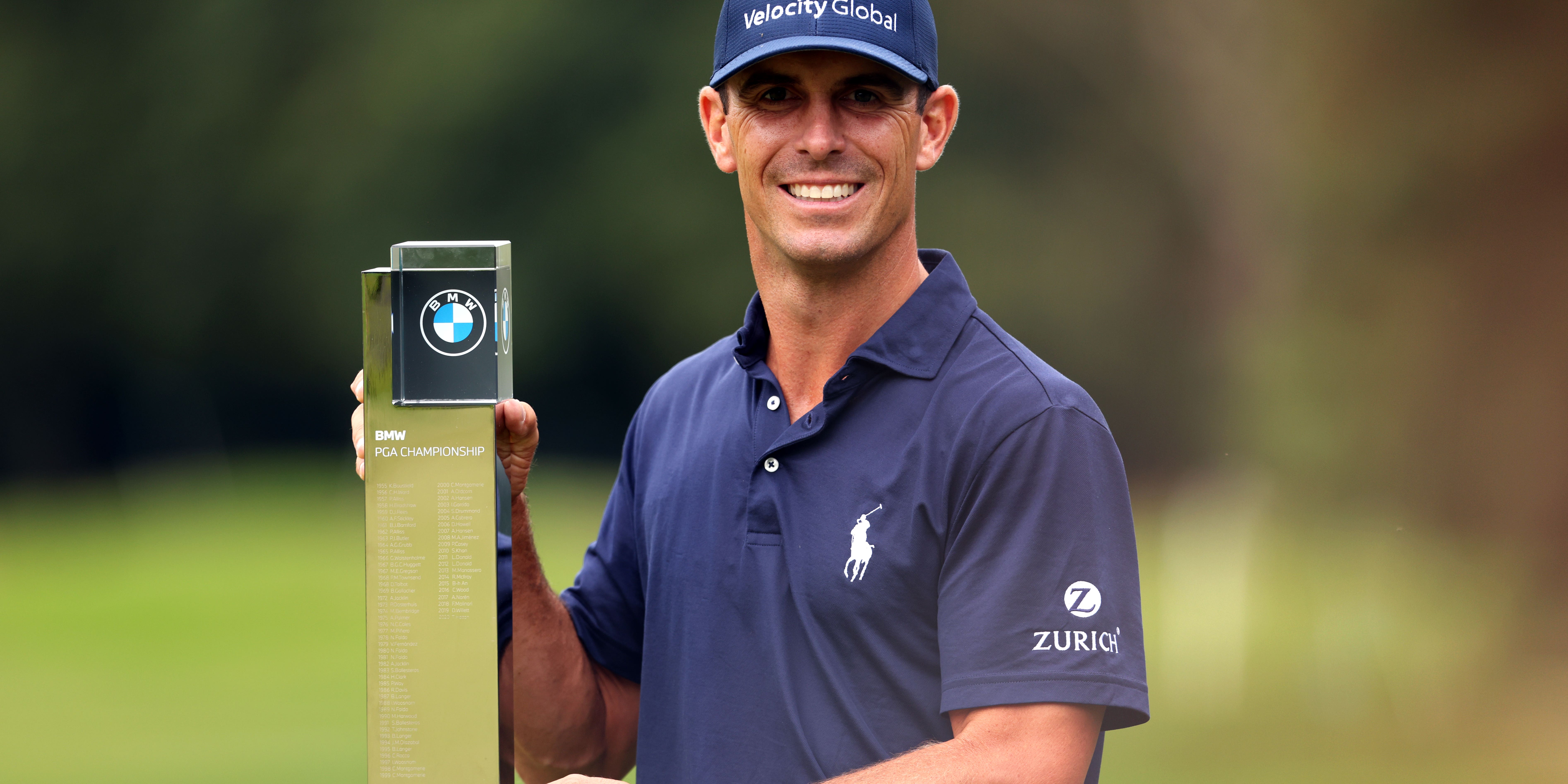 Billy Horschel admitted he had been fired up by missing out on a Ryder Cup wild card after becoming just the second American to win the BMW PGA Championship.

Horschel carded seven birdies, including a decisive one from two feet on the 18th, in a flawless closing 65 at Wentworth to finish 19 under par, a shot ahead of Laurie Canter, Jamie Donaldson and Kiradech Aphibarnrat.

The late Arnold Palmer is the only other American to have tasted victory in the European Tour’s flagship event, the seven-time major winner claiming the title at Royal St George’s in 1975.

“Add my name to Arnold Palmer, that’s legendary stuff,” Horschel said. “If it wasn’t for him, we wouldn’t have this modern era of golf to play in front of thousands of fans and big sponsors.

“Tiger Woods took it to another level but Arnie is the one who started it. So to have my name on that trophy is pretty special. To win this event means a lot.

“In my mind, it’s equivalent to The Players Championship. We have a great event on the PGA Tour (at Sawgrass) and I live there and would love to lift that one, but I have this one under my belt and I’m very happy.”

Horschel also won the WGC-Dell Technologies Match Play in March but was overlooked for a Ryder Cup wild card on Wednesday and did not even receive a call to say he had been considered by US captain Steve Stricker.

“It sucks not making the team,” Horschel added. “I didn’t play consistent enough and well enough after I won the Match Play to warrant a pick or to get enough points to be an automatic selection.

“I was a little gutted I didn’t get a call this week. Didn’t think it was going to be a phone call that said I made the team. But it was a phone call saying, hey, you had a great year, obviously we talked, but we’re going to go in a different direction.

“I was a little ticked. Gave me a little bit of fire in my butt. There was a little more added motivation this week for that.”

Horschel could yet receive a late call-up for the contest after Brooks Koepka had to withdraw from the Tour Championship last week through injury, and is not harbouring any grudges.

“If somehow a phone call comes my way that says Brooks had to withdraw and I got picked, I’d be over the moon,” added the West Ham fan, who revealed he would be celebrating his win by having dinner with Hammers midfielders Mark Noble and Declan Rice.

“I’d be up there faster than the speed of sound to get there.”

Aphibarnrat had been the first to set the clubhouse target after covering his first 16 holes in nine under par, only to bogey the 17th after fearing he had hit two balls out of bounds.

Initially credited with a triple-bogey eight, it transpired that Aphibarnrat had found his first ball and salvaged a six, before a par at the last completed his second 64 of the week.

Donaldson then birdied the 17th and 18th to join Aphibarnrat in top spot, before Horschel birdied the last to edge in front.

Canter was unable to find a birdie on the last two holes to force a play-off, the 31-year-old thinning a chip from just short of the green on the 17th and narrowly missing from 15 feet on the 18th.

“I’m working so hard on my chipping and I have been for a while,” Canter said. “I was trying to play the right shot, hopefully stiff it and win the tournament, but just executed poorly.

“At the moment, I am disappointed. Probably more disappointed than I imagined to come second. But yeah, at this point in time, I just feel like I would love to have the opportunity to win a huge event.”