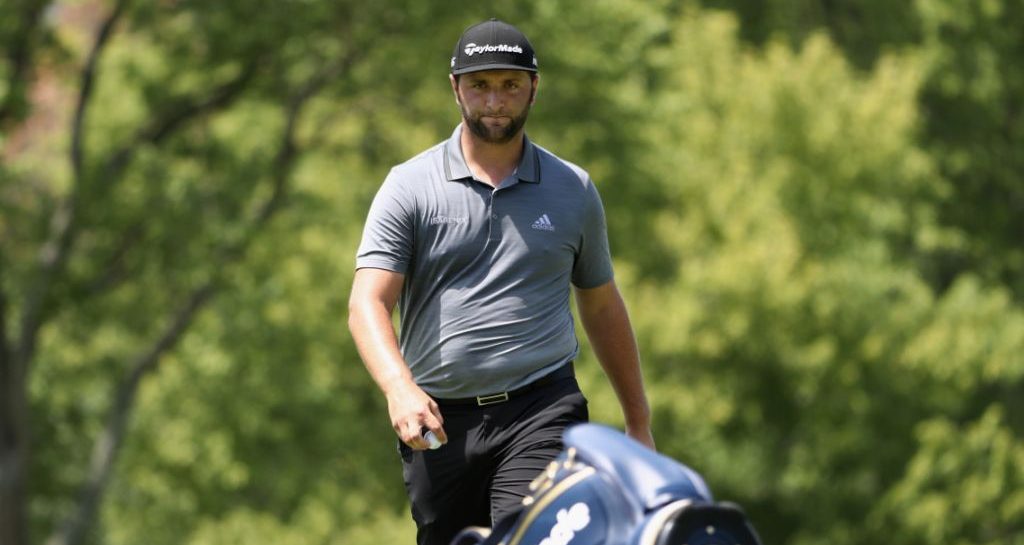 Jon Rahm was handed an unusual one-shot penalty on the second day of the PGA Championship after his shoe brushed against the ball.

Rahm was looking for his ball in the rough on the par five 17th after marshalls had failed to spot where it had landed in the long grass. While searching, his foot made contact with the ball.

The rules state that an offence has occurred if the player or his caddie causes the ball to move and officials decided that his had happened, despite the Spaniard disagreeing and no advantage being gained.

Another stupid golf rule in action. Jon Rahm doesn't know where his ball is, accidentally touches it with his foot – doesn't think he's moved it forward – but still has to take a penalty. But if you accidentally moved it on the green, there's no penalty. Explain that one to me.

“I definitely felt I touched it with the top of my foot. I know I touched it. I don’t believe I moved it all,” Rahm told the official.

Rahm still managed to par the hole in his round of 67, as he moved to five under overall – five shots adrift of halfway leader Gary Woodland.