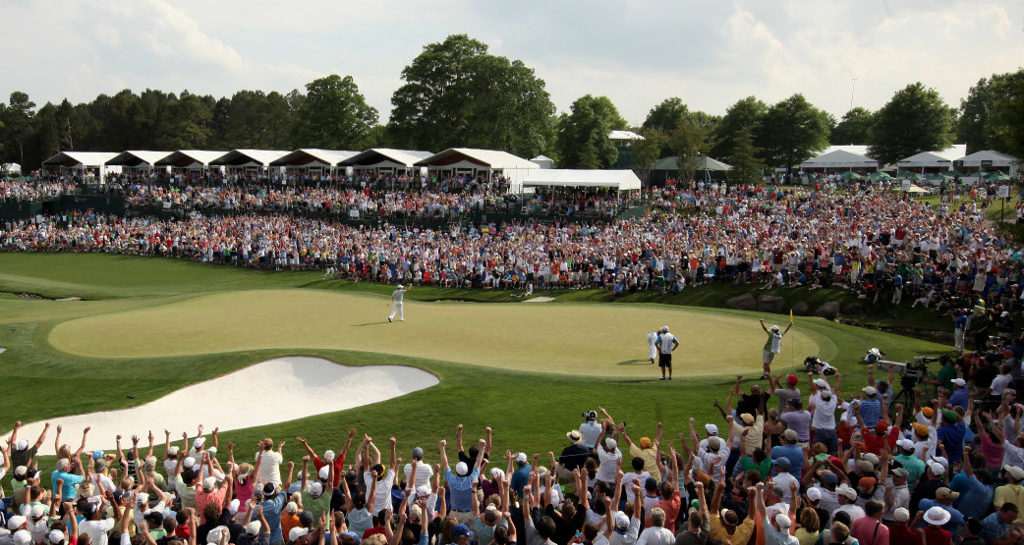 Quail Hollow Golf Club was founded in 1959 and then opened in 1961. Over the years it has been modified a number of times, most notably by the late Arnold Palmer in 1986.

The course is a private member club and has played host to a number of professional tournaments. Below are some fast facts about the track you have to know before the action kicks-off later this week.

The club is no stranger to the big stage. It hosted the Kemper Open on the PGA Tour from 1969 through 1979 and the Senior Tour’s PaineWebber Invitational from 1983 through 1989.

However, this is the first that time a major tournament will visit the lay-out set in the Piedmont region.

On moving day at the Wells Fargo Championship in 2015, Rory McIlroy shot a memorable 11-under-par-61 en route to victory at Quail Hollow. That score contained 11 birdies and is still the course record.

“I feel like it’s one of these courses I can get on a roll with,” McIlroy said after that particular round.

He’s not wrong. The Northern-Irishman set the previous course record of 62 in the final round of his 2010 Wells Fargo victory.

The 17th at Quail Hollow is the course’s feature hole. The green is nearly an island, forcing a carry of nearly 195 yards but it can play much shorter if one of the forward teeing grounds are used.

With the variety of hole locations available, it can be a very dangerous hole and one where bogies or worse can outnumber the tally of birdies made.

In 2013 the tees on this hole were relocated to the site of the old 16th green. That change came after a number of players complained that the approach shot was too hard.

Phil Mickelson was one of them.

“Sometimes when you overdo it, it detracts from the greatness of the course,” he said in 2013.

In 2005, Lefty played the 17th in seven-over-par for the week (three double-drops and a bogey in four passes).

“I’d say somewhere in the eight-under-par to 12-under range,” Johnny Harris, Quail Hollow Club president, said when pushed on the matter last week.

That would be lower than the winning scoring average of the Wells Fargo Championship between 2011 and 2016 which was 13.5-under-par.

The recent course developments are expected to make the course play longer and tougher.

How many people can the course hold per day?

Crowds make major championships. When massive galleries follow the leaders on Sunday it adds greatly to the spectacle.

Quail Hollow is not lacking in space for spectators.

It’s shaping up to be an incredible venue that’s worthy of major status. Keep a close eye on 17, especially on Sunday, that’s where the drama will take place.