PGA Championship: Rory McIlroy surprised by lack of birdies on day one 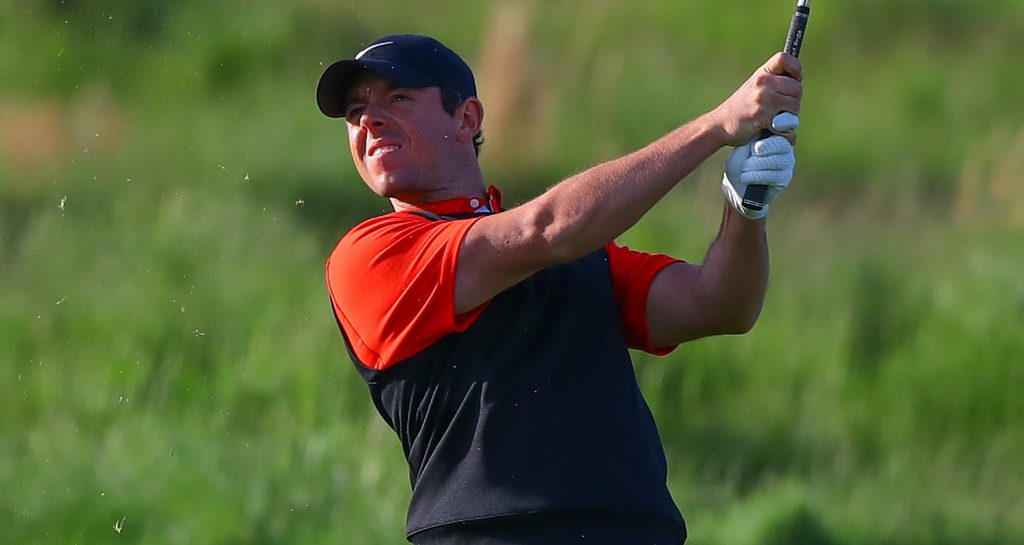 Rory McIlroy had to wait until the 18th hole to make his first birdie of the day as he opened with a disappointing two-over 72 at the PGA Championship.

The Northern Irishman failed to ignite at Bethpage Black on Thursday, making three bogeys and 14 pars in his opening 17 holes before a closing birdie at 18 gave him a glimmer of hope of mounting a stronger challenge on day two.

McIlroy was one of the unlucky ones who got the worst of the conditions late in the day, and failed to convert most of the scant chances he gave himself to get more red numbers on his card.

Like Tiger Woods, who also opened with a 72, McIlroy seemed to set the tone for his round with an errant drive and a dropped shot on the very first hole, and he never really recovered.

Two further errors – a three-putt the eighth green and an overhit tee shot at 15 – cost him two further bogeys, with only a closing birdie at 18 thanks to a pinpoint approach to five feet giving him some joy.

Frustratingly, McIlroy failed to convert a number of solid birdie chances, including at 11, 13 and 16, which would have left him in a much healthier position at the end of day one.

“I can’t remember the last time I played a round of golf without a birdie,” he said. “I was like, ‘I’d better birdie this last hole’, and thankfully I did. It was nice to finish that way.

“Hopefully that birdie on the last was the turning point, finish on a positive note and come back tomorrow and hopefully get into red figures for the tournament.

“If you can put the ball in play and give yourself chances, I felt like I gave myself enough chances to shoot something in the mid 60s. But it gives me hope that I can go out tomorrow and shoot a low one.

“There’s definitely a big difference between a 75 and a 63, but around this golf course, the margins are fine. And if you miss the fairway by a yard or two, it can make the difference between hitting a shot into 10 feet and having a birdie chance or having to get up-and-down from 100 yards for par.

“But I did that well. I hit enough fairways, felt like I hit enough greens, and hit good putts, and some days they just find a way to not go in. The greens were starting to get a touch bumpy, so that was making it difficult in terms of speed and not trying to be too aggressive with your putts and leaving yourself those three and four footers all the time.

“The birdie at the last was great and if I make a few more putts and get myself into red numbers going into the weekend, I’d be pretty happy.”