McIlroy pulls off incredible shot to save par 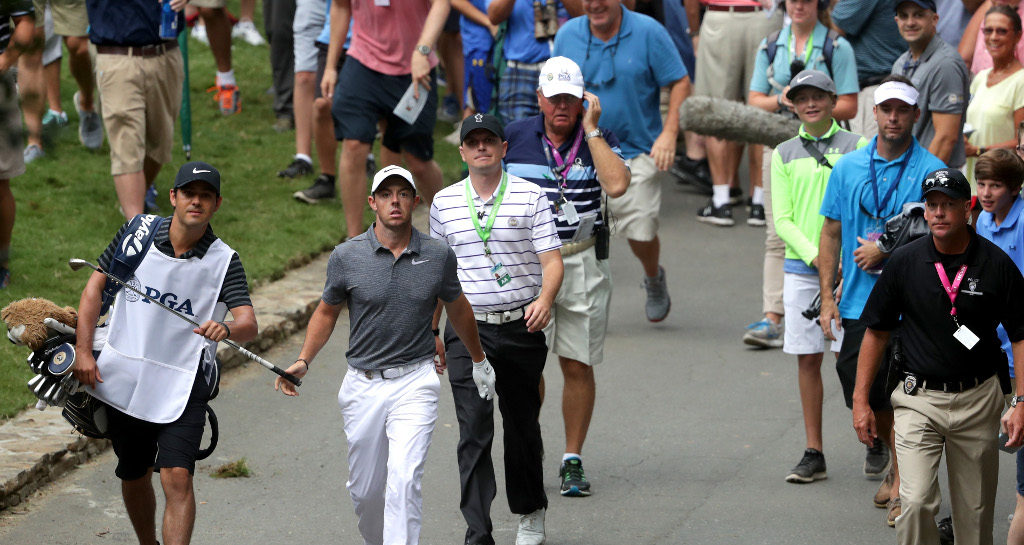 Rory McIlroy made a remarkable start to his second round at the PGA Championship on Friday, salvaging an unlikely par thanks to an incredible shot.

The Northern Irishman made a shaky start on his opening hole, the par-5 10th, as he sent second shot so far wide that even the PGA Tour’s shot tracker listed it as “unknown.”

With an unfortunate break sending his ball rolling down the cart path 80 yards from the hole, McIlroy had no other option but to try an audacious shot.

He punched his ball onto the cart path, sending it through the gallery, around the bunker and onto the green:

McIlroy’s ball rolled just off the back of the green and he got it up and down for par from there.