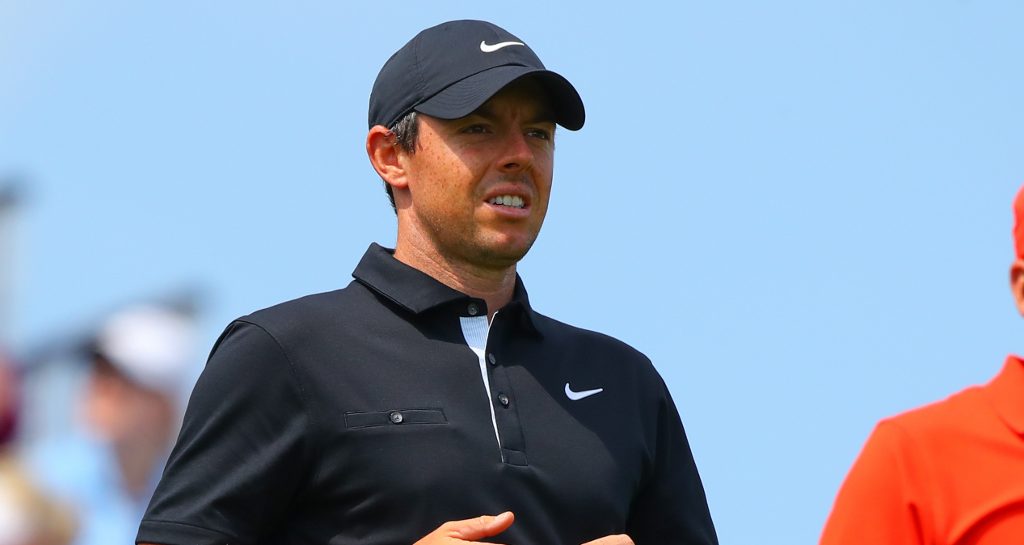 Rory McIlroy seemed destined for an early exit at the PGA Championship before a superb fightback saw him survive the cut.

McIlroy seemed down and out after a truly horrendous start to his second round at Bethpage Black.

Starting from the 10th, the Northern Irishman found himself five over for his round after just three holes after opening with a double-bogey, bogey and double-bogey.

It was a succession of wayward tee shots that got him in so much trouble, as his long game appeared to desert him completely.

It was the worst start to any round in his major career, and even though he managed to regain one of those lost shots at the 13th, another bogey soon followed at 15 to undo even that little bit of good work.

Staring down an almost certain missed cut after a string of six pars left him treading water, McIlroy finally came to life with a 12-foot putt for birdie at the fourth.

That led to two more putts of around 20-feet for birdie on the following two holes, followed by an impressive up-and-down on the seventh to save par.

And he holed his third lengthy birdie putt in four holes at the eighth before a par at the final hole saw him rally for a one-under 71 and keep himself in the picture for the weekend.

Unfortunately for McIlroy, that picture also includes runaway leader Brooks Koepka 15 shots ahead of him.

Asked what motivated him to mount that late fightback, McIlroy said: “Pride, just pride. Just trying to play a good round of golf and try to get something that’s close to the best out of myself.

“I thought if I could get to four over, that would have a good chance. I wanted to shoot three under on my back nine, and I said to Harry going up the 18th, ‘Let’s not shoot any worse than I shot yesterday – let’s make 72 the worst score we’re going to shoot.’ And it was nice to go one better than that and shoot one over in the end.

“I was four over after three holes in Boston a couple of years ago and ended up winning the tournament, and that came back into my mind after I made that start. Or you go back to Birkdale a couple years ago where I was five over through six and shot 71, and all of a sudden I had half a chance on the back nine that day.

“So in a way it’s calming. I’ve been in this position before and I’ve been able to come back. It’s just a matter of not pressing too much and staying patient and letting the good golf come through. Took a while today, but it eventually got there.”

A tale of two nines.

Rory McIlroy turned things around on his back nine just in the nick of time. pic.twitter.com/iCi7JJHrVS