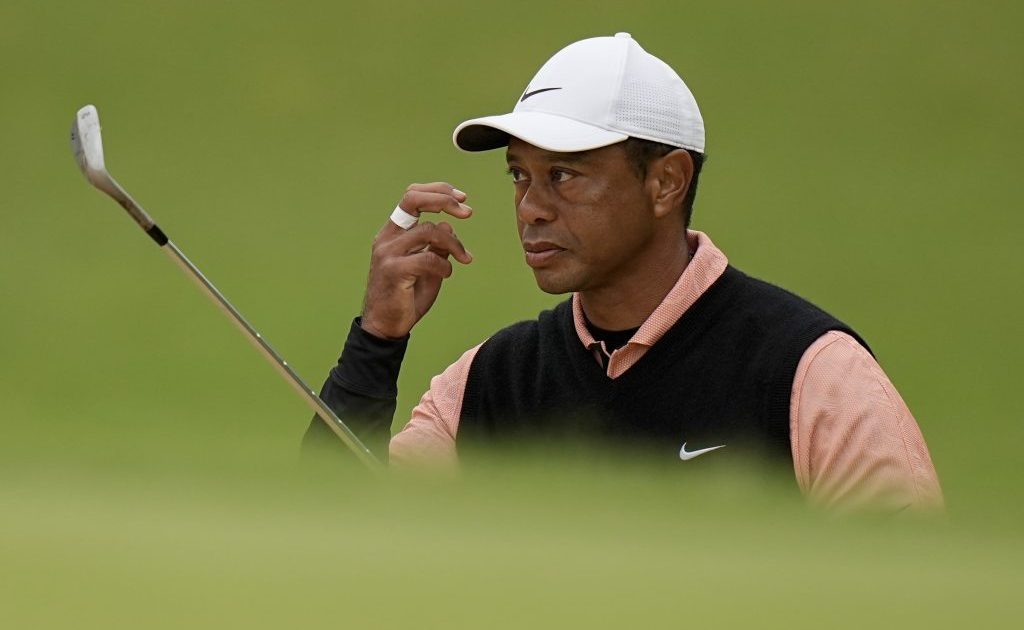 Paul McGinley hopes Tiger Woods can avoid ending his career as a “ceremonial golfer” following his withdrawal from the US PGA Championship.

Woods made the halfway cut with a shot to spare at Southern Hills, but struggled to a nine-over-par 79 in the third round, his worst score ever in the event by two shots.

That left the 46-year-old tied for last among the 79 players to make the cut and tournament officials later announced that Woods had withdrawn from a major championship for the first time in his professional career.

Former Ryder Cup captain McGinley, now an analyst for the Golf Channel, said: “All we can do is wish him well.

“We don’t want to see that either. I went through that with Seve Ballesteros, watching him on the European Tour being a ceremonial golfer to some extent his last four or five years and it wasn’t very nice to experience.

“We don’t want to see that with Tiger Woods and hopefully there’s some more to come and better rehab to come, and also golf courses that are going to be kinder to him.”

Woods had clearly been in pain from the right leg which was injured so severely in a car accident in February last year that he feared it might have to be amputated.

He remarkably returned to action 10 months later and finished second with son Charlie in the PNC Championship, before making his top-level return in last month’s Masters.

Woods carded an opening 71 at Augusta National and made the cut before fading badly over the weekend with consecutive rounds of 78.

In his pre-tournament press conference at Southern Hills, Woods likened playing in the Masters to climbing Everest and said “it’s only going to get flatter and better.”

However, when asked how close he is now to the peak level of fitness he will be able to achieve, Woods added: “That’s a great question. I don’t know.

“I don’t know (by) how much that is or how much range of motion I’ll ever get back. But sure is a hell of a lot better than it was 12 months ago.”

Speaking after his first round of 74, Woods was asked how the injury affects his swing.

“I just can’t load it,” he said. “Loading hurts, pressing off it hurts, and walking hurts, and twisting hurts. It’s just golf. If I don’t do that, then I’m all right.”

Whether Woods competes in next month’s US Open at Brookline remains to be seen, but he has previously stated his intention to play the 150th Open Championship at St Andrews in July.