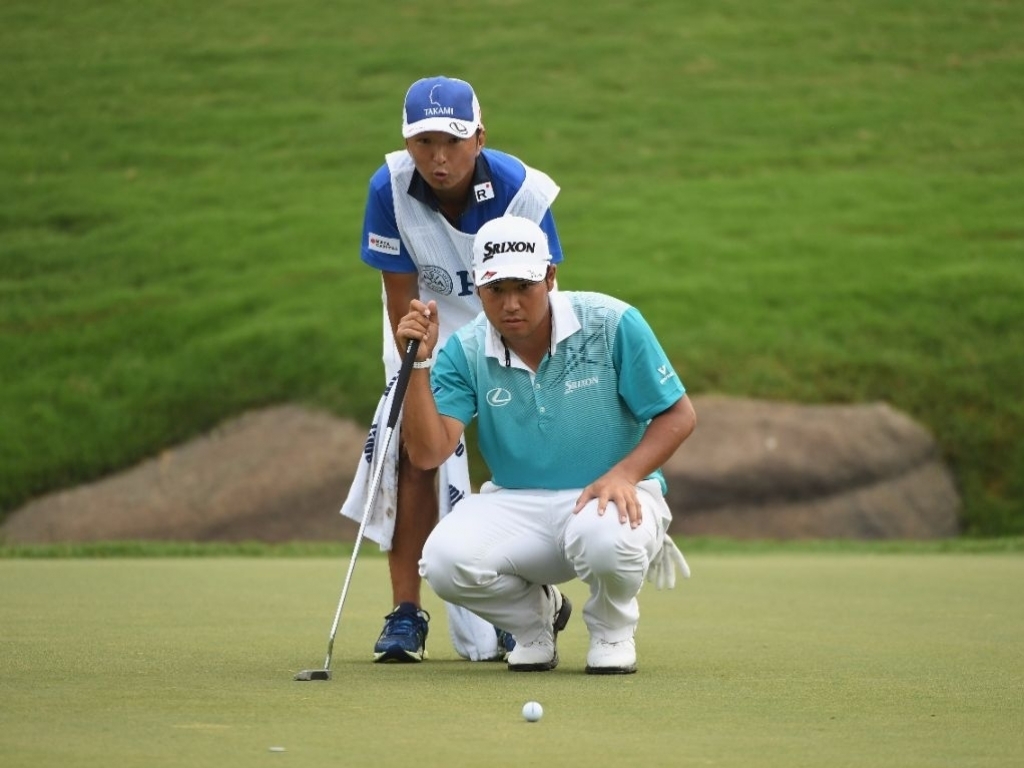 Hideki Matsuyama produced the lowest round of the tournament so far at the US PGA Championship to charge into the joint lead at Quail Hollow.

The in-form Japanese player overcame the distraction of a two-hour delay due to a stormy weather warning to shoot a seven-under-par 64 and join Kevin Kisner at the top of the leaderboard.

Matsuyama was among the tournament favourites after a final round 61 saw him win the WGC Bridgestone Invitational last week and he justified that tag to move to eight under overall.

The world number three began the day three shots behind overnight leader Kisner, with the American extending that gap as one of the early starters.

But in a bogey-free round, Matsuyama sank birdies at five, seven, 12, 13 and 14 before the players were taken off the course amidst the threat of thunderstorms and lightning.

He had lost none of his momentum when he returned to the fairways after sinking another couple of birdies, with a missed opportunity on the last costing him the chance to take the outright lead.

Making it the best three-round streak in golf this year. pic.twitter.com/DjnoDPlcDA

Matsuyama and Kisner boast a two-shot cushion over Jason Day after the Australian produced an impressive round of 66.

Louis Oosthuizen and Francesco Molinari are just behind Day at five under after the latter equalled Matsuyama’s round of 64. American Chris Stroud is also at five under, but still has five holes to complete after play was suspended.

But perhaps crucially, the leaders have a handsome margin from some of the heavyweight players in the field.

Rory McIlroy is 10 shots off the lead at two over after a second successive 72, while Jordan Spieth has much work to do if he is to complete a career Grand Slam.

Spieth lies at three over after following up his opening round 72 with a 73.