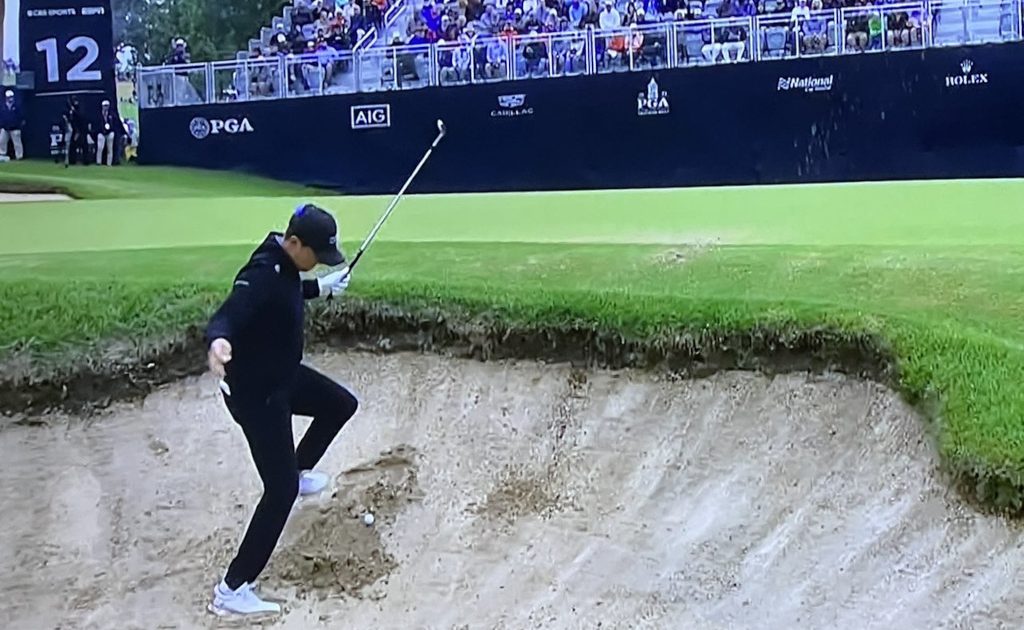 Making bogeys was a common occurrence in the third round of the US PGA Championship, but there was nothing common about one produced by American Kramer Hickok.

Hickok’s approach to the 12th hole at Southern Hills plugged in a greenside bunker and his first attempt to get out saw his ball hit the lip of the hazard and rebound on to his foot.

That no longer results in a penalty but the ball finished in the deep footprint he had created when taking his stance, meaning a second lash at the sand also failed to get the ball on to the green.

The ball did at least fall back into a flat part of the bunker and Hickok admirably kept his composure to produce a superb fifth shot which landed on the putting surface and rolled inexorably into the hole.

Playing partner Jon Rahm was suitably impressed and gave the American a fist-bump as he made his way to retrieve the ball after one of the most remarkable bogeys of his career.

Hickok went on to record a third round of 75 to lie seven over par for the championship, with Rahm one shot worse off following a 76.