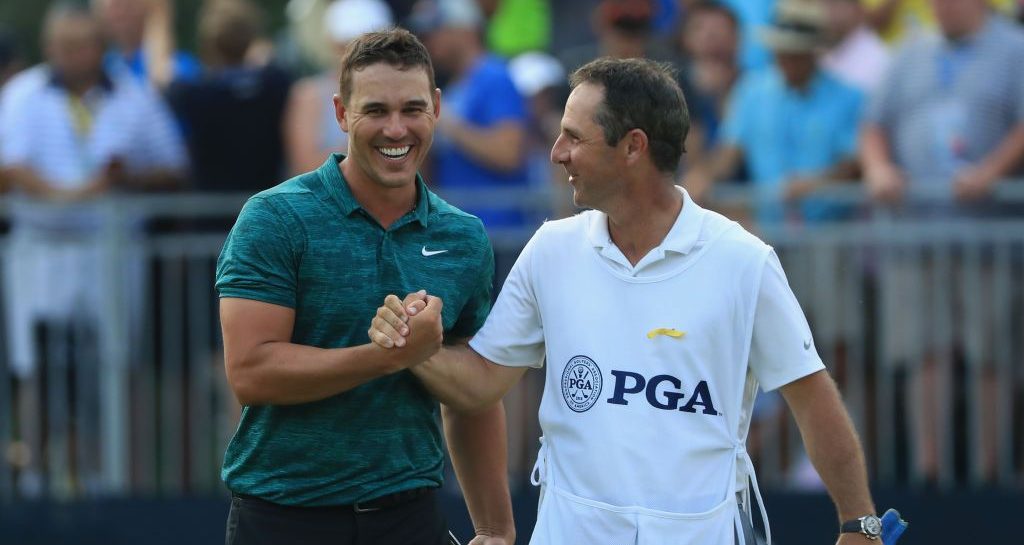 He’s now a three-time major winner, but Brooks Koepka said he didn’t even know when he would play again following surgery on a serious wrist injury earlier this year.

The newly crowned PGA Champion, who also succesfully defended the US Open in June, underwent surgery on his wrist in January and was out of action for four months.

Koepka missed the Masters while recovering during a period when he admitted that he had doubts about his short-term future.

The 28-year-old returned to action at Wells Fargo in May and, after despite aggravating his wrist during The Players Championship a week later he managed to successfully defend his US Open title at Shinnecock Hills in June, becoming the first person to do so since Curtis Strange in 1989.

Koepka struggled at The Open at Carnoustie, but he bounced back to win his third major title in his last six starts at the PGA Championship as he fended off the charge of Tiger Woods at Bellerive.

It took him 264 strokes to win the Wanamaker. Here are some of @BKoepka's most memorable #PGAChamp moments. pic.twitter.com/IAbLjd4EZF

“It’s incredible. To think where I was four months ago, I didn’t really even dream about this. And to come out here and play as well as we did, it’s really incredible,” he said following his win.

“I struck it so well at Firestone last week, I just wasn’t putting well so that’s all we focused on when we got here. We just needed to hit the ball well, and Claude (Harmon, Koepka’s coach) didn’t say one word to me this week – I was hitting it that good.

“He just stood behind me and was like, ‘yup, that’s perfect’. And we just worked on some putting and that was it and making sure my head stayed still. And to come out here and play as well as we did was really, I can’t even put into words how well I played and I’m so excited for myself, my caddie and my team.

“When I look at what I’ve done in the past two months, I was sitting on my couch watching the Masters, and to think I would do this? I would have laughed at you and told you there was no way, no chance, and to do it is really incredible.

“My doctors, physios, trainers, everybody did an unbelievable job even to get me back out on the golf course, and to do what I’ve done is very impressive. I can’t even believe it.”

Koepka said he was obviously very happy with how he had handled the pressure coming home as Woods and playing-partner Adam Scott pushed him every step of the way.

“And I was playing with Scotty, so I knew what I was up against with him. And Scotty played unbelievably well and so did Tiger. They definitely made me question it there for a bit or think about it, for sure.”