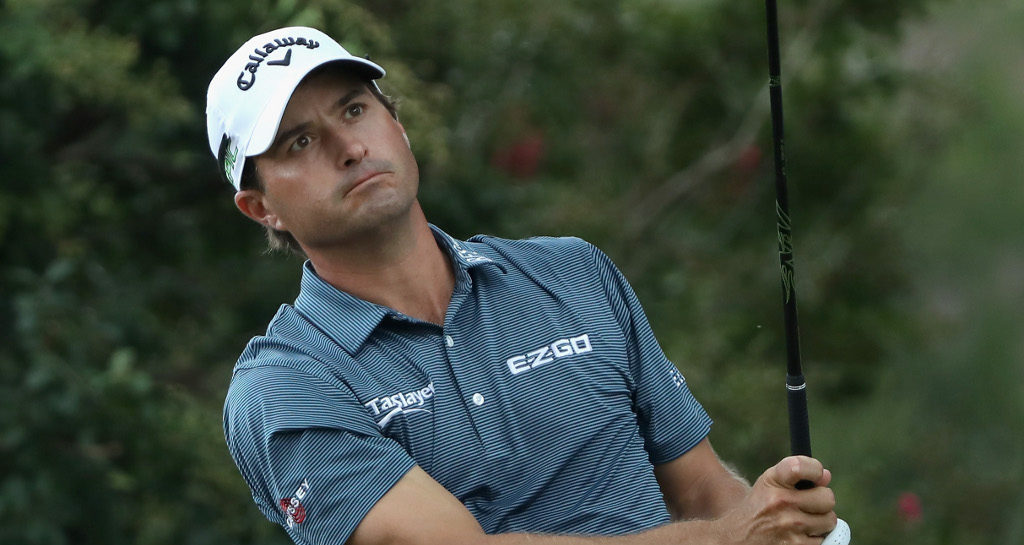 Kevin Kisner will hold a one-shot lead going into the final round of the US PGA Championship at Quail Hollow after a one-over-par 72 on Saturday.

At one point Kisner was at 10-under par, but he dropped three shots over the last three holes to finish at seven under, one shot ahead of compatriot Chris Stroud (71) and Japan’s Hideki Matsuyama (73).

Kisner was two shots up with three to play, but made double bogey at 16 after finding water from the tee. He also dropped a shot at the 18th after a fortunate bounce off a bridge allowed him to escape with a bogey.

Justin Thomas moved to within two shots of Kisner after shooting a two-under 69 to tie for fourth position with South Africa's Louis Oosthuizen (71).

One round to go:

The favourites ahead of the tournament, Rory McIlroy and Jordan Spieth, finished four over and three over respectively after uninspiring rounds.

Spieth lies 10 shots off the lead after a round of 71, effectively ending his chances of breaking Tiger Woods' record as the youngest career Grand Slam winner.

Former US PGA champion Jason Day, who was six-under par after eight holes endured a roller-coaster back nine that eventually saw him finish at level par.

Day dropped three shots on 12 and 13 only to get them back with three consecutive birdies from 14. A disastrous finish to his round saw him drop five shots on the last two holes, including a quadruple bogey eight on the 18th to lie eight off the lead.

Jason Day began the 18th hole solo 6th and finished at T16th and 7 shots back. pic.twitter.com/qKxzQPQcvR