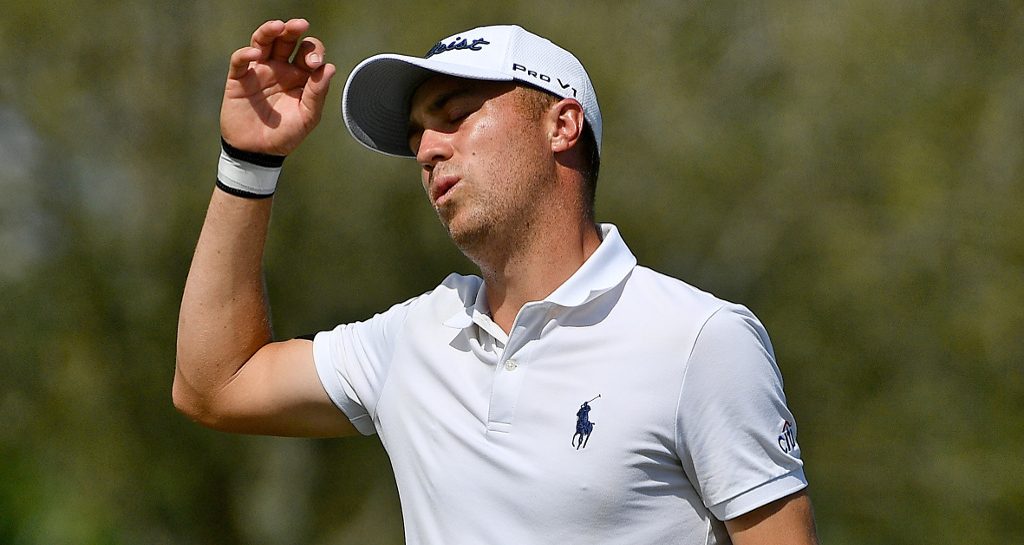 Former champion Justin Thomas has been forced to withdraw from the PGA Championship due to a wrist injury.

Thomas, who clinched the Wanamaker Trophy in 2017, confirmed the news on social media on Monday.

“Unfortunately I will be withdrawing from the 101st PGA Championship at Bethpage Black this week as my wrist is not yet fully healed,” Thomas wrote.

“Obviously, as a past champion, this tournament is extra special to me.

“It consistently has the strongest field in golf and I’m disappointed to not be among those competing this year, but I’m optimistic about a return in the near future.”

Thomas’ wrist injury is the same one that kept him out of the recent Wells Fargo tournament. He suffered the injury when he made contact with a tree while trying to hit a shot at the Honda Classic in March.

The 26-year-old had been in pretty solid form prior to the injury flaring up again, finishing 12th in the Masters and notching up four further top-3s and another top-10 in 2019, and was considered one of the favourites for the PGA Championship thanks in part to his prodigious length off the tee.