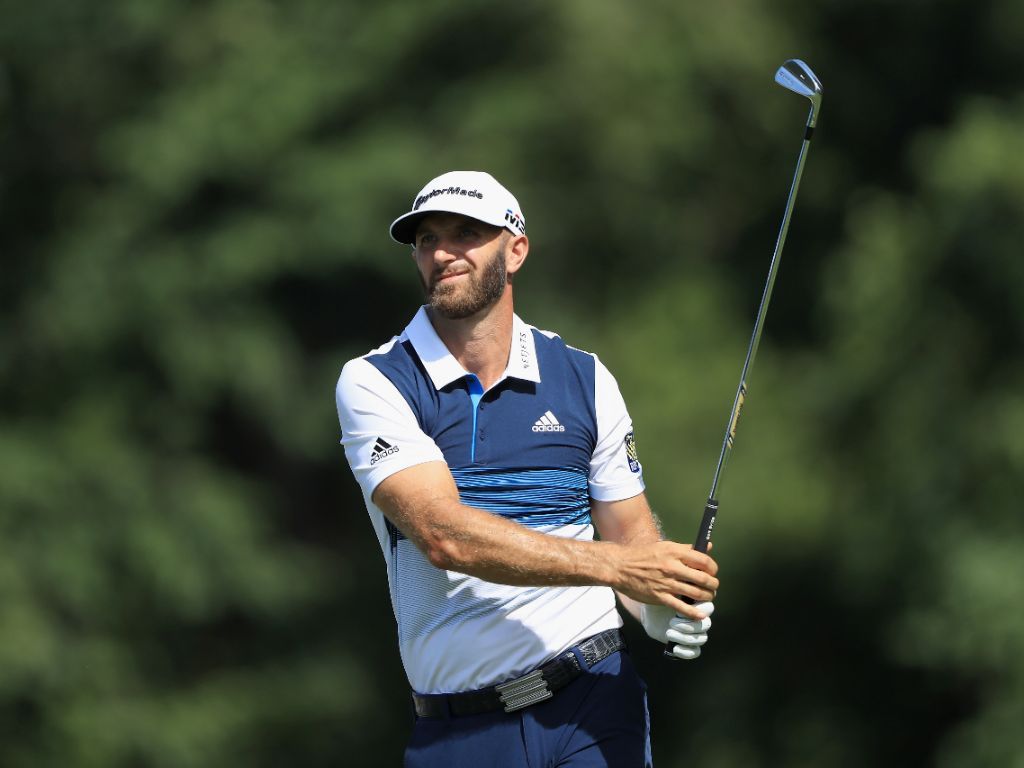 Dustin Johnson was content with his opening round at the PGA Championship, despite two late slips seeing him drop down the leaderboard.

The world number one shot a three under 67 on the first day at Bellerive Country Club, to finish three shots behind overnight leader Gary Woodland.

Heading into the final five holes, Johnson was at five under alongside then pace-setter Rickie Fowler, only to register a couple of bogeys. That saw the American slip back to three under, alongside a further 10 players.

“I felt like the day was pretty solid. Hit a lot of putts. Made a few, missed a few,” Johnson said.

Dustin Johnson is in the zone. 🔥

His sixth birdie moves him into a tie at the top of the leaderboard. #PGAChamp pic.twitter.com/STLX2URfUA

“Didn’t drive it quite as well as I’d like to; hit a few fairways, but I didn’t hit as many as I needed to if I wanted to shoot a low score.

“Greens are soft, but it’s going to be like that for the rest of the week, I feel like. You know, they still made it fairly difficult. You’ve got to hit the fairways. You’ve got to be precise when you’re coming in with your irons.

“The fairways are plenty wide. If you miss it, you mis-hit it, it’s not going to be on the fairway. You miss the fairway, you’re really going to struggle.”