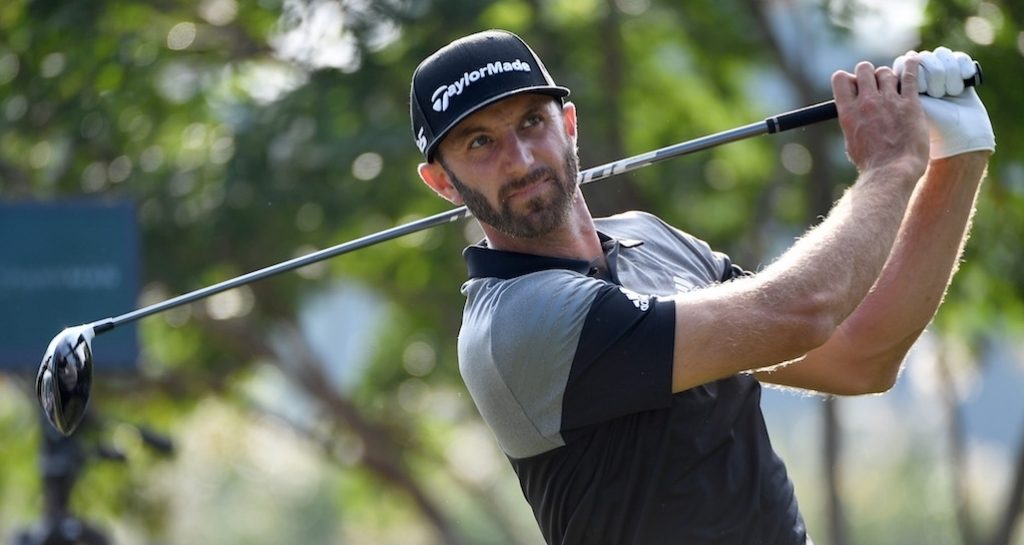 Speaking after his opening round of one-under-par-70 at the PGA Championship, Dustin Johnson said that he hit his driver brilliantly but struggled on the speedy Quail Hollow greens.

Johnson has struggled since the early part of June when he missed the cut at the Memorial Tournament presented by Nationwide. In the following four events he missed one more cut (at the US Open) and could only achieve one top-ten. The world number one’s once accurate and powerful driver had seemingly deserted him.

However, on Thursday’s evidence at Quail Hollow, Johnson seems to have found something with his driver. He hit a number of fairways and that made the rest of his game look better than it has in recent weeks.

"I hadn't been swinging that good," said Johnson. "I definitely hadn't had a lot of confidence in the driver.

"This week, I worked hard on it and I got a lot of confidence in the driver. I feel like I'm swinging it really well. Got control over it finally. The ball is kind of starting where I want it to. It's got the right shape.

"Out here, it's a big key. You have got to hit the fairways. That's what I did well today. I hit a lot of fairways. Definitely could have shot a little bit better but it is one under. I think anything under par on this golf course is a pretty good score."

He was less pleased with how things went with putter in hand but conceded that the greens were extremely fast and so being aggressive was not really an option.

"The greens are really fast," Johnson said. "I thought they had a lot of difficult pins out there today.

"That's what is very tough about this golf course. Didn't roll it all that great, but I'm pleased with the score. Only a few shots back. In a major, a few shots can be one hole."

Johnson was one of the early starters on Thursday and so will start later on Friday. If the wind picks up and the greens dry-out, he will need to have both his driver and his putter working if he is to stay in touch with the leaders.