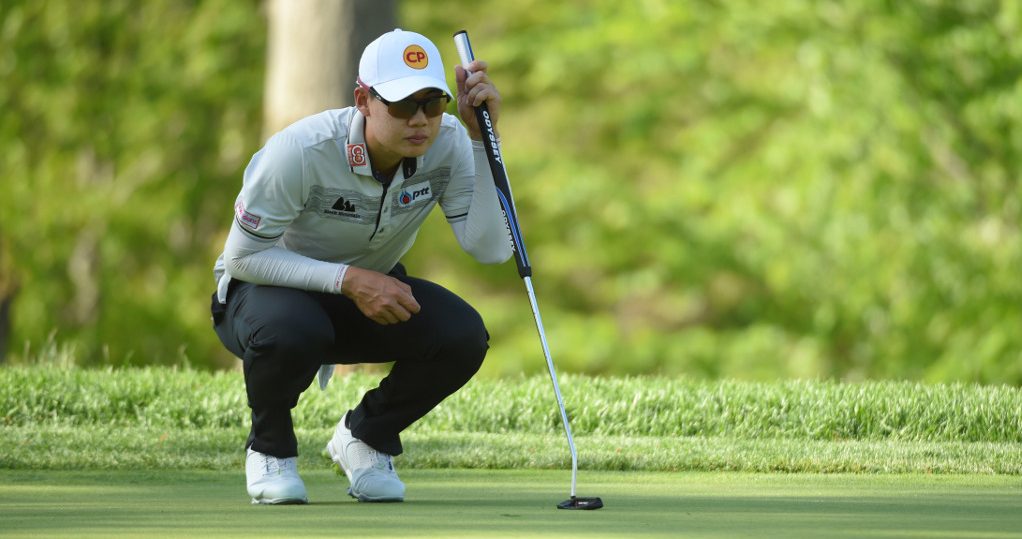 Jazz Janewattananond is enjoying a share of the limelight at the ongoing PGA Championship, and rightly so.

A quick glance at the top of the PGA Championship leaderboard and the lesser-know Thai star sticks out, if not for an unfamiliar face, then certainly for his long surname.

So how his the 23-year-old enjoying his time at Bethpage Black?

“It’s the greatest fun of my life,” said a beaming Janewattananond.

“People keep shouting love you. They love me here!”

After rounds of 70, 68 and 67 around the notoriously difficult course, Janewattananond deserves all praise coming his way. While erasing leader Brooks Koepka’s seven shots lead may be a bridge too far for the Bangkok native, there is still plenty to play for on Sunday.

Apart from the biggest paycheck of his career, Janewattananond has a place on Ernie Els’ Presidents Cup team firmly in his crosshairs.

“It’s on the back of my mind for sure,” he continued.

“I played with Ernie a couple weeks back, and he just told me to keep playing good. So I’ll see about that.

“The short-term goal is to get in the upper world rankings so I can confirm my spot in the Olympics and maybe have a chance at the Presidents Cup. That’s a realistic goal for me.”