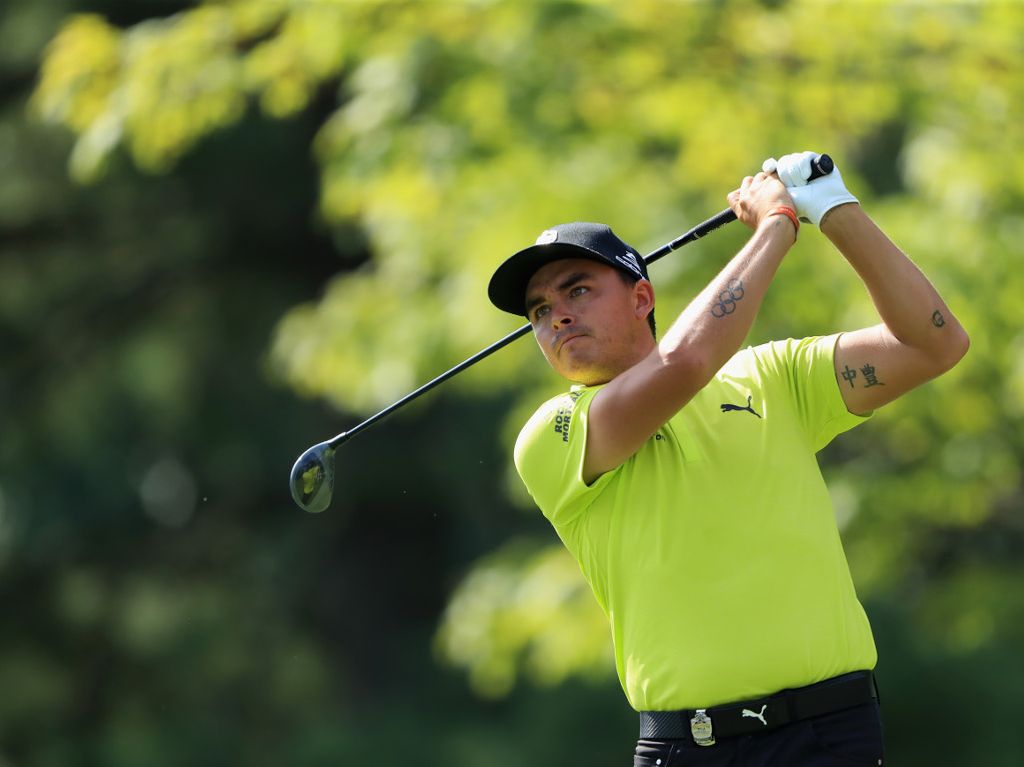 Rickie Fowler was quick out the blocks to card a five under 65 and earn the clubhouse lead at the PGA Championship on Thursday.

The world number nine took advantage of the benign conditions at Bellerive to roll in six birdies around the pristine course. A hot putter helped, as he rolled in gains on the first and third to move swiftly to the top of leaderboard.

Back-to-back birdies on the seventh and eighth further helped his cause on a course that was playing easy with soft greens and very little wind. After another good birdie putt on the 14th, the only blemish on Fowler’s card came at the mammoth par three 16th.

He is the clubhouse leader at 5-under. pic.twitter.com/hCD8aZPdBg

Other early finishes include former world number one Tiger Woods. The 14-time major winner had a disastrous start, with a wayward drive leading to a bogey on his first, then he scribbled down a double bogey six after finding the water on the 12th, thus finding himself three over after just 20 minutes.

But Woods rallied, giving himself plenty birdies chances with some stunning wedge play to finish with an even part 70.

Defending champion Justin Thomas was three under for his round at one stage but dropped two shot coming home to sign for a one under 69. Four time major winner Rory McIlroy ran in nine consecutive pars to also shoot 70.

Former champion Jason Day finished two shots off the pace with a 67 with just one blemish on his card, tying up wih English hopeful Ian poulter and Pat Perez.