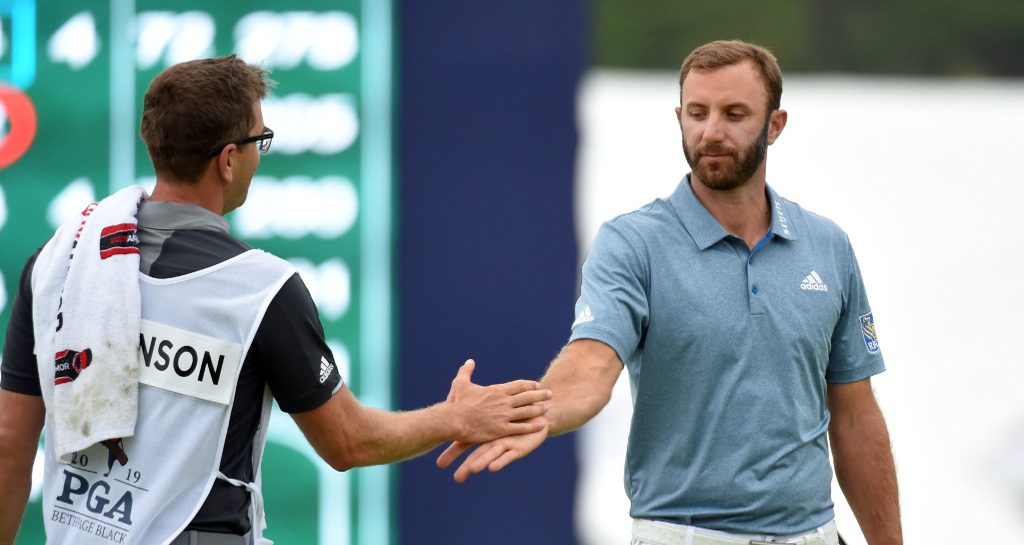 Dustin Johnson’s runner-up finish to Brooks Koepka at the PGA Championship on Sunday was just the latest of a number of near misses in the majors.

Shortly after he completed his final round, Johnson was asked how it felt to complete the ‘Grand Slam’ of runner-up finishes. By coming in two strokes behind Koepka in second place, the top-ranked American became only the eighth player to finish second in all four major championships.

“Yay,” he said in completely deadpan fashion. “I’m so excited.”

Of course, that doesn’t tell the full story of Johnson’s final round at Bethpage Black. In reality, he started the day seven shots behind runaway leader Koepka, who looked for all money like he would complete the simplest of victories.

But Koepka’s back-nine struggles, which saw him make his last birdie of the tournament at the 10th before racking up no less than five bogeys on the way home, opened the door for Johnson to pull off the improbable.

A birdie at the 15th left him just one shot behind Koepka heading to the final three holes, but Johnson couldn’t deliver when it mattered most, bogeying both the 16th and 17th to let Koepka off the hook.

Back-to-back bogeys from Dustin Johnson drops him to three shots off the lead with two holes to play.pic.twitter.com/8dDB02cnoK

It was another disappointment at golf’s big four for the World No 1, whose victory at the 2016 US Open remains his only major championship to date.

“The last three holes is what got me,” Johnson admitted.

“Walking off 15 green [where he made birdie all four days] and standing in the 16th fairway, I’m at eight under and hit two really good shots there. And I don’t know how my ball went over the green there. Obviously, it’s not a spot where you can go. I hit a great chip and a good putt and made a 5.

“Wind was howling in my face a little bit off the right,” he added. “I actually almost went back and grabbed a 4-iron — I hit a 5-iron — because I didn’t think the 5 was going to even come close, based on the shots that I hit earlier in the round into the wind. That wind was just eating the ball up when you’re hitting into it.

“So I just tried to hit kind of a little low draw. Hit the shot I wanted to right at the flag. I don’t know how it flew 200 yards into the wind like that.”

Dustin Johnson now will have runner-up finishes at every major.

Ultimately, though, Johnson at least made Koepka work for the victory, and that was an eventuality few could have predicted at the start of the day.

“I definitely gave him a run, though,” Johnson said, “so I was happy with that.

“He’s one of the guys that I look for, that I have to beat. He’s always someone that I’ve got my eye on.”

At the end of his press conference, a reporter asked Johnson who he thought should be considered the No 1 player in the world right now.