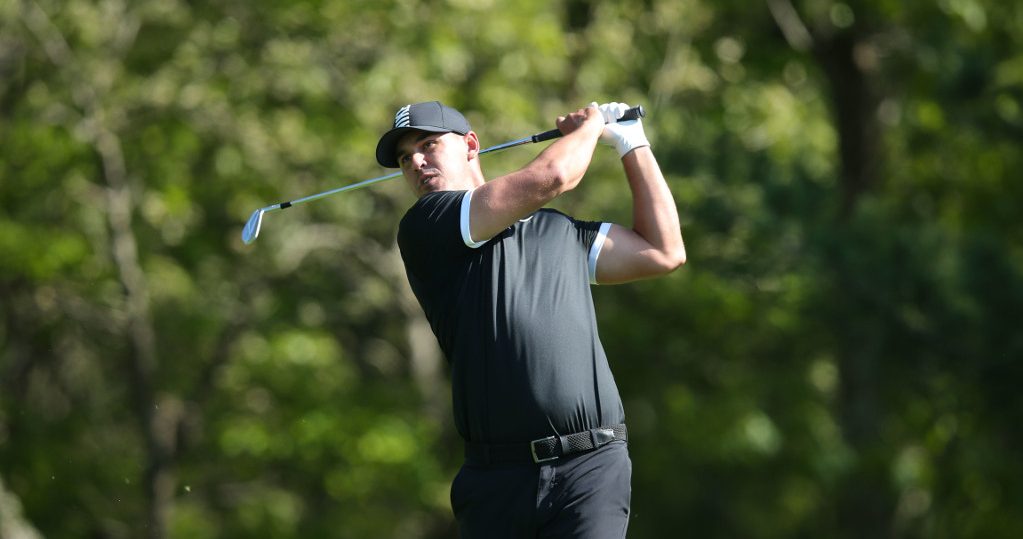 Brooks Koepka will take a massive seven stroke lead into the final round of the PGA Championship on Sunday.

The American is hunting down a wire-to-wire victory after opening with a superlative 63 on Thursday. Despite signing for an even par 70 around Bethpage Black on Saturday, Koepka’s seven stroke lead is the largest 54-hole lead in the tournament’s history and it will take a catastrophic round for the Wanamaker trophy to slip through his fingers come Sunday.

With just two bogeys after his opening 44 holes, Koepka wobbled on Bethpage’s most difficult holes, carding back-to-back bogeys on the ninth and tenth, which left him even par for his round. He got another shot back with a birdie on the 13th but a three-putt left him with a five on the par four 16th.

While Sunday should be somewhat of a procession, Koepka revealed he’ll keep his foot on the gas.

“I’m definitely not going to let up,” the world number three told pgatour.com.

“I feel confident. I feel good. I feel excited. I know what I’m doing. It’s simpler than what guys think. It’s just focus. It’s grind it out, suck it up and move on.”

Saturday's best at the PGA Championship …

Attempting to chase down Koepka are a host of players on five under for the tournament. Perhaps the biggest surprise is Thai star Jazz Janewattananond, who moved up the leaderboard with a three under 70. World number one Dustin Johnson is also in the mix, as are fellow American’s Luke List and Harold Varner.

Jordan Spieth, Koepka’s playing partner, found himself three over for his round after a double bogey on the tough ninth, effectively turning him from a challenger to an also-ran in quicktime. The Texan will start his Sunday down in T8 with former world number one Adam Scott on three under.