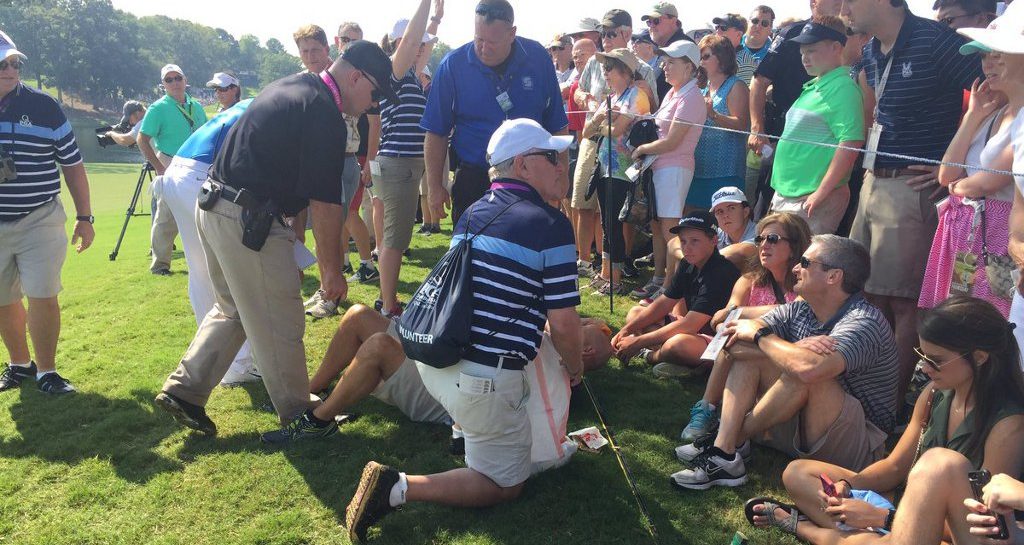 US Open champion Brooks Koepka struck a marshal with his tee shot on the 16th hole of his first round at the PGA Championship on Thursday.

The American’s wayward drive left the poor marshal bloodied. The man stayed on the ground for quite a while, but was alright.

Koepka found the man and signed a glove for him, before going on to make bogey on the hole.

.@BKoepka signs a glove for marshal hit by his drive on 16 pic.twitter.com/hu6Zn1G9Tc