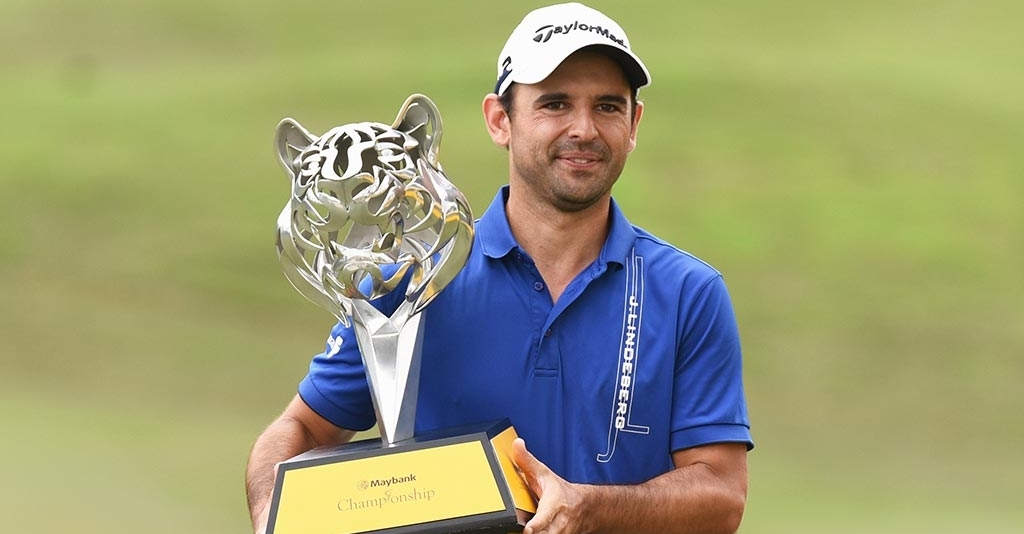 Paraguayan golfer Fabrizio Zanotti fired a nine under final round 63 to finish with a 19-under-par total, one shot ahead of America's David Lipsky, to win the Maybank Championship and just under £400,000 in Malaysia on Sunday.

Going into Sunday's final round at Saujana, England's Danny Willett was three shots ahead of Lipsky at the top of the leaderboard with Zanotti just inside the top 10.

Willett's ambitions of winning the title were dashed when he fired a round of 73 which included four birdies and five bogeys to finish tied for fifth place with China's Haotong Li both on 15 under.

Zanotti's round of 63 included seven birdies; on the third, fifth, sixth, eighth, 13th, 14th and 17th holes, then a stunning eagle at the 18th, with his approach to the par-five being the shot of the day, landing 12 feet away from the pin, which he then holed for the eagle and the one-shot lead for his second European Tour title.

Second-placed Lipsky missed a putt to force a play-off on the final hole carding a  five under final round of 67, having not been able to add to his four successive birdies from the 10th.

In third was Austria's Bernd Wiesberger on 17 under, in fourth was Alexander Levy of France on 16 under.

Afterwards, in an interview, an ecstatic Zanotti said he probably played the best round of golf ever.

"I think it was probably the best round of my career, so I’m very happy," he said. "It was a really good day, a really good week and I’m really happy.

"I think it was at the 15th where I thought I might be able to win when I made birdie there. I thought, maybe I’ll have a chance if I make two more birdies, but I made a birdie and an eagle so it was great.

"It feels really good to be a winner again. I’ve been working a lot and I was not in my best run of form, missing three cuts in a row, but that’s in the past and today I’m a winner again and it feels great."