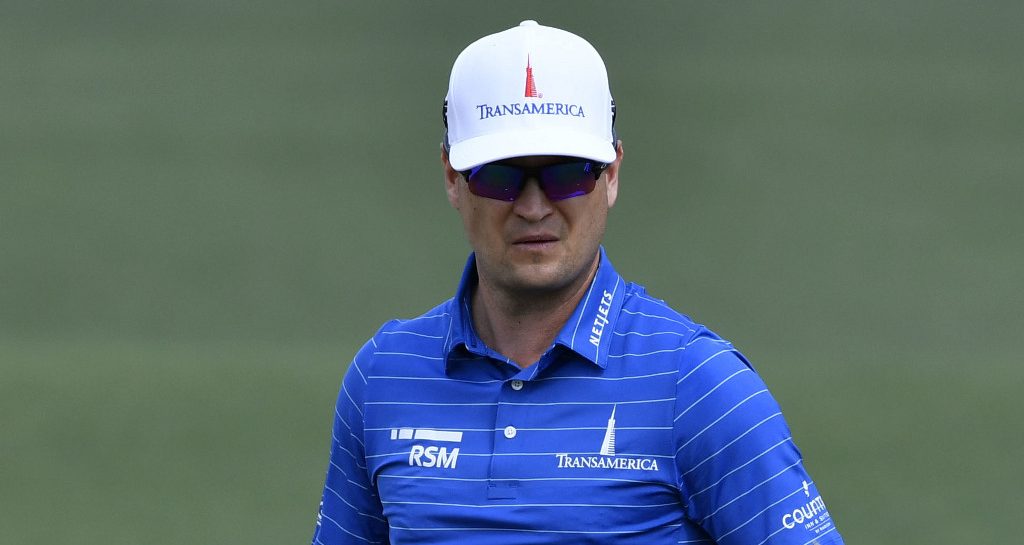 Former Masters champion Zach Johnson had a pretty interesting round at Augusta on Friday, and Ian Poulter and Matt Kuchar had a front row seat for it.

Fans and commentators agreed they’d never seen any pro do what Johnson did on the 13th hole.

As he was lining up his tee shot, the 2007 Masters winner took a gentle practice swing as players usually do. The only problem on this occasion was that he accidentally hit his ball while doing it.

Fittingly, Johnson exclaimed “Oh, s–t,” as he saw his ball zinging off into the distance, before looking over at his caddie and playing partners as if to ask them what had just happened.

Not to be outdone by himself, Zach Johnson does it again! pic.twitter.com/u8doZeTsZt

Fortunately for Johnson, the much-maligned Rules of Golf came to his rescue on this occasion.

Because his ball was still not ‘in play’ and on the teeing ground, he was allowed to replace it as long as he had no intent to hit the ball. No penalty stroke.

“That’s a first,” Johnson said afterwards. “I thought I had done it all, but now I know I’ve done it all. My head wasn’t even looking down, so it was one of those where I just wasn’t paying attention to what was going on. I don’t know if there’s a habit there or just routine or what.

“I can’t think of a time I’ve done it. Not on purpose. I don’t think I could do it again if I even tried.”

As for the s-bomb heard all around the world, Johnson said: “Well, maybe it’s a fine. I was caught off guard. I actually hit a really good tee shot after that, so I think I recovered nicely.”

Johnson said it was unfortunate that it happened in front of Kuchar, who “doesn’t let me forget many things, but hey, you get what you deserve.”

Poulter said: “Oh, it was a beauty. I thought he would get on the highlight. I was going for a drink in my bag and then I heard the ball clip and then clip the end of his club just on a practice swing. We had a bit of a chuckle.”

The incident wasn’t even Johnson’s only lowlight of the day.

Earlier in his round, a wild iron shot out of the rough went flying in the direction of some innocent patrons.

It’s customary to shout ‘fore’ in such a situation, but it’s not entirely clear if that’s what Johnson said.

Zach Johnson out here trying to take out the innocent patrons #TheMasters pic.twitter.com/UIbVXjWZ5E

Quite a day for the former champion.