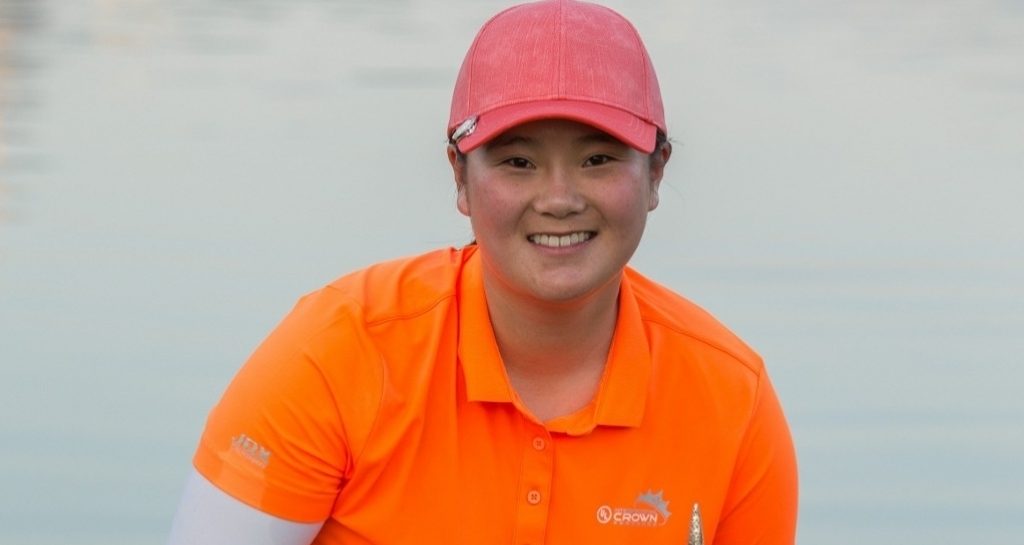 Angel Yin gave notice of her impressive talent after emerging victorious in a three-way play-off to capture the Omega Dubai Ladies Classic.

Saturday's action at Emirates Golf Club provided not only an exciting finish to the tournament, but a riveting conclusion to the Ladies European Tour season.

Yin, a 19-year-old Los Angeles native, saved par after finding the water on the closing hole in a bogey-free final round of 67 to match the clubhouse target of a 15-under-par set by South Korea’s In-Kyung Kim and Celine Herbin of France.

Long-hitting Yin, who averages 276.75 yards off the tee, and Kim birdied the first extra hole (the 18th) to stay in the hunt while Herbin was eliminated after finding the water with her third shot. A tap-in birdie on the drivable second playoff hole (254-yard, 17th) saw Yin clinch the issue as the South Korean agonizingly missed her birdie effort in the first ever play-off since the tournament’s inception in 2006.

“I feel amazing. Actually, it’s my first major tour professional win, so this is big for me,” said an elated Yin after receiving the winner’s trophy from Hend Bilselah and Walid Al Attar of Emirates Global Aluminium.

“Two days ago, I went to the aquarium in the Dubai Mall and today I’m going to see penguins with my friends — yes! I loved the course and it was in great shape,” said the rising star who became the second American after Lexi Thompson to win the season-ending Ladies European Tour event.

Herbin, who shot a final round of 64, wasn’t too disappointed at being eliminated with a double-bogey on the 18th hole after finding the water with her third shot.

She said: “I mean, it was really a bonus for me to in this play-off today. It was an awesome round for me, my personal best, minus eight and I had nine birdies. I enjoyed it a lot today.

“I played very well, really, but so I spent a little bit too much time without playing. I finished earlier and I lost a little bit of rhythm, I would say. I could feel it on the drive and even the 7-iron on the lay-up.

“The sand wedge went out of the clubface, but today is a very nice day for me. It's nice to finish well in this tournament, one of the biggest of the LET and I’m very happy.”

.@angelyinlol looking for payback with a water pistol after winning the @OMEGAGolfDubai & being covered in water.

Kim, the 2009 champion, admitted that she was disappointed to have missed her birdie putt from six feet on the 17th hole in the play-off, but felt that she had given it her best.

She said: “You know, just getting myself in contention on the back nine, that was my goal. I was able to get into the playoff. I think that was the best scenario that I could ever have ask for before teeing off. I'm sure that a lot of girls played well today, and we all have a similar story. The course was set up for more aggressive play, but I think I took good advantage of it.”

Overnight leader Anne Van Dam fired a final round of 71 and ended two strokes back in fourth place, with Aditi Ashok, Charley Hull and Pernilla Lindberg tied for fifth.

Georgia Hall, who had already wrapped up the Order of Merit, tied for 21st place and a tie for 66th was enough for Camille Chevalier to end the season as the leading first year professional and be crowned as the LET Rookie of the Year.