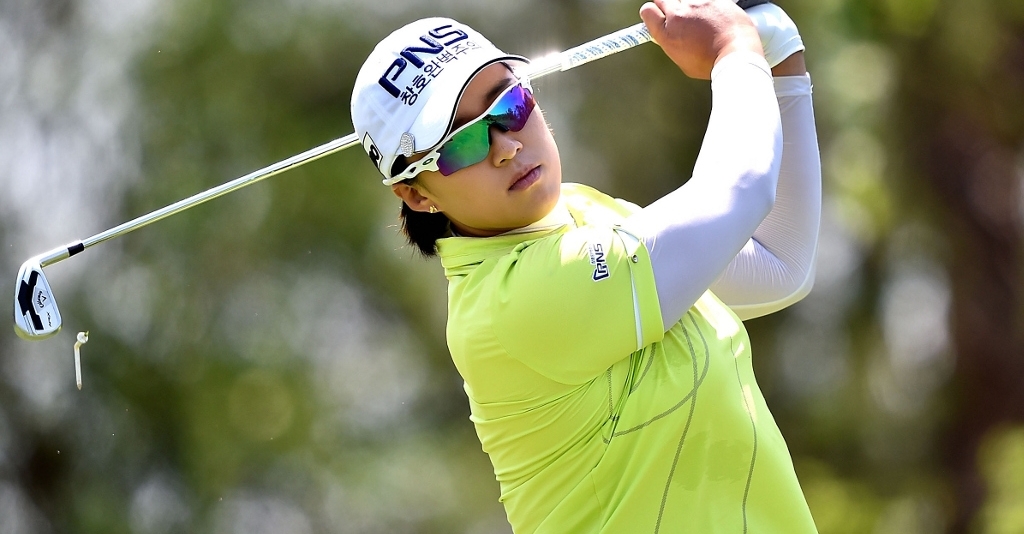 She may not be leading, but defending champion Amy Yang has put herself in a strong position after the opening round of the Honda LPGA Thailand.

"I mean, a lot of things went really well today, but especially my short game and putting was solid. You know, it's always good to have a bogey-free round, and I'm happy to start with a good round,” Yang said after her round.

While Yang admitted there was a little more expectation coming into an event as the defending champion, she insists she's not feeling pressure to go back-to-back.

“Compared with regular tournaments it's a little bit more extra pressure, but I would just focus on what I'm going to do next, not really putting pressure on myself much. Yeah, not much, I'll just keep doing what I'm doing, focus and be patient."

Upon her arrival at her hotel in Thailand this week, Yang attracted a bit more attention than usual, more than likely because there were posters and cut outs of herself all around.

“This is my eighth year. I came here eight times, and this is the first time I see me in the hotel,” said Yang. “It feels a little weird, but I like it.”

The victory in Thailand last year was an important one for Yang, proving to her that her maiden win in Korea the year before was no fluke.

“I mean, I’m trying to do my best every week, just same as each week, try to do my best,” said Yang. “To win the second one was a great feeling, great for my career.”

“You know, it was just a big win. My first win was in 2013 in Korea, then since then I haven’t won for over a year. I remember that after my last putt, all my Korean friends, they were celebrating, and it was a great moment I will never forget.”