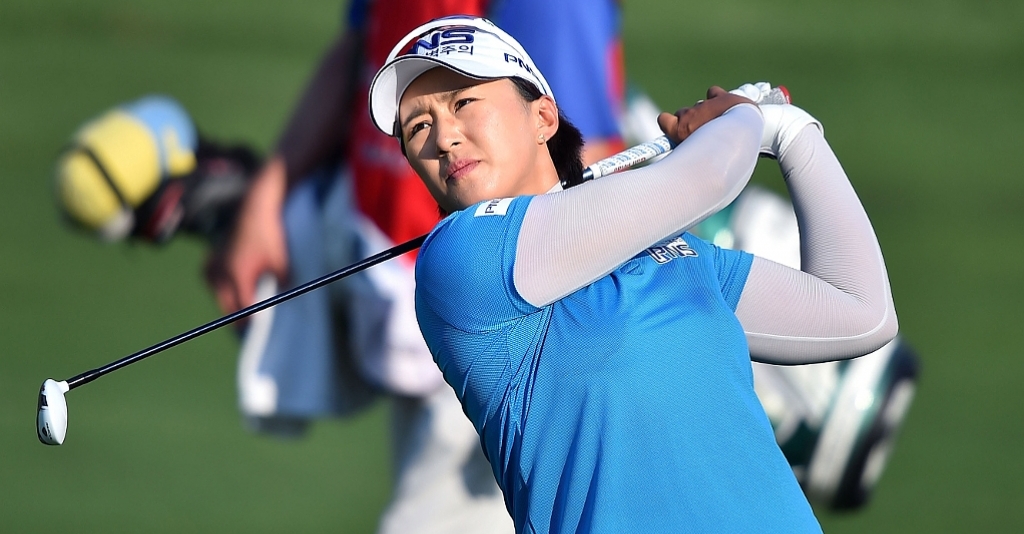 Amy Yang carded a three-under-par 69 to claim a one-shot lead after the second round of the Honda LPGA Thailand.

Firmer and faster greens at the Siam Country Club made for a much tougher test on Friday, with first round leader Lexi Thompson, Q Baek and defending champion Yang taking turns at the top of the leaderboard.

In fact Thompson (72) and Baek (71) spent most of the front nine leading, but after notching three birdies on the back nine, it was last year's winner that finished with the lowest 36-hole score, ending the day on nine-under-par.

"I mean, I struggled a little bit on the front, two bogeys straight, but I think I stayed patient well, got through it well. I'm happy with today's round," Yang told the LPGPA Tour after her round.

In the 10-year history of the Honda LPGA Classic, only one player have managed to win back-to-back titles there – former world number one Yani Tseng – who managed the feat in 2011 and 2013.

Tied for second place one shot behind Yang is Beck, alongside Thompson and Jessica Korda, whose six-under 66 was one of the lowest of the day.

Thompson struggled to get to grips with the changing conditions on the course and never looked like repeating Thursday's eight-under 64.

Whilst she was the victim of an unlucky bounce on her approach on the par-four 11th, she managed to save par with a long putt. However, her bogey-fives at the 13th and 17th were all her own fault, as her first chip was left well short of the cup and the second ran well past the hole.

She was one-over heading to the final hole but even though her approach rolled off the front of the green, she managed to get up and down for birdie.

"It's just pin positions, and the ridges on these greens, you can get some tough pins, especially with how fast the greens are, so you have to make sure you hit the fairways and get the spin that you need going into the greens," Thompson said after the round.

"But it's a tough course, especially with the fast greens. There's a lot of run-ups and a lot of ridges."

Korda matched Haru Nomura for the low round of the day when she sunk a 12-footer for eagle on the 18th. This week's event is her first in a while after taking some time off after the Coates Golf Championship.

"It was nice. I took like three days off after Ocala because the first two weeks it felt like super jammed. Everything was really jammed in. So I just took a couple days off and then went back," said Korda.

"We've just been working on keeping my tempo kind of slower. I kind of tend to rush, try and speed everything up, and just really trying to keep my tempo and keep myself happy and calm."

Tied for ninth on five-under is Xi Yu Lin (68), who has had a special week in Thailand.

She celebrated her birthday on Thursday and then received a gift on the par-three 16th, which she aced. The Chinese player didn't even realise that her tee-shot had found the cup and made her way to the green as she would normally. It was only once she was there that she discovered that the car sitting behind the tree was now hers.

"When I walked off the tee, I just didn't believe. I was thinking they were kidding, so I didn't really look at the car, but it's funny, like then on the 17th hole I see the group behind coming in, and I was thinking, okay, don't touch my car, that's my car," Lin said after her round.